Here are bananas with edible peel

Banana peels, a "waste" that we have learned to exploit, for example in the vegetable garden. But what if it were possible to eat them? A team of Japanese scientists managed to make the peel edible

Banana peels, a “waste” that we have learned to exploit, for example in the vegetable garden. But what if it were possible to eat them? A team of Japanese scientists managed to make the peel edible.


Their idea has a name: Banana Mongee. Researchers at D&T Farm in Okayama Prefecture have developed a technique called "Freeze Thaw Awakening" which in a sense recreates the conditions of 20.000 years ago, at the end of the Ice Age, when plants emerged from the harsh winter temperatures.

In fact, the scientists froze the banana saplings at -60 degrees Celsius, planting them as they began to thaw. This process apparently activated an ancient part of their DNA, which not only allows the plant to thrive in Japan's cool climate, but also accelerates its development. While tropical banana varieties take two years to reach the typical size for human consumption, Mongee Banana only needs four months.

The peel of the Mongee Banana is not particularly tasty, but it is much thinner and less bitter than that of common bananas.

The first batch of bananas hit department store shelves in November last year but D&T Farms produces only 10 bananas a week and only delivers them to Tenmanya Okayama's Fruit Corner, a local department store. And the price is not that affordable since we are talking about 648 yen per fruit, about € 4,80.

According to the Japanese site SoraNews24 who has had the opportunity to try them, a Mongee Banana is considerably sweeter than a traditional banana due to its high sugar content, 24,8 grams, compared to the average 18,3 grams. Even the smell is stronger, while the knowledge is reminiscent of that of pineapple.

However, to be edible they must be perfectly ripe unlike normal bananas, which can be eaten even earlier. 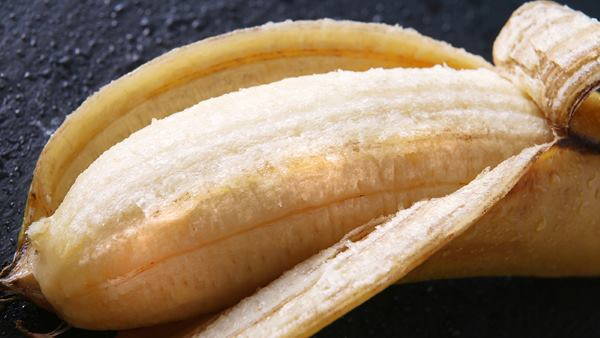 D&T Farm claims that banana peel is “an excellent ingredient that it can contain Vitamin B6 e magnesium linked to the synthesis of serotonin "and a substance called" tryptophan ", the raw material of Serotonin.

Also, according to the producers, being grown in Japan's cooler climate, these bananas have no natural predators, so they aren't treated with any pesticides.

100% edible bananas. Would you eat them?

Here is the hormone that quenches hunger. The discovery of the University of Bari ❯

add a comment of Here are bananas with edible peel