Forget things? It is a symptom of intelligence! The brain optimizes to make room for the new 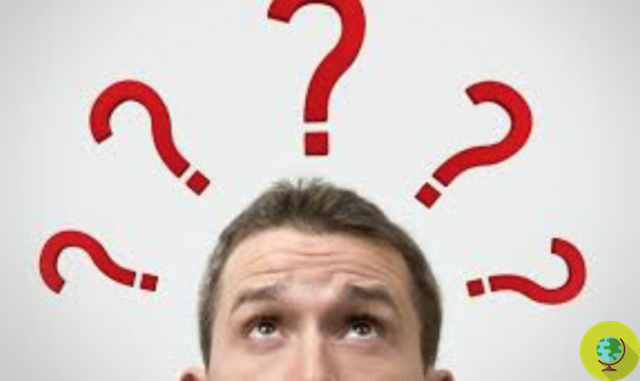 Are you among those people who tend to forget things, especially the most repetitive ones? It is a sign of intelligence and that your brain is working well. A sort of optimization that allows you to make room for making the right decisions.

Are you among those people who tend to forget things, especially the most repetitive ones? It is a sign of intelligence and that your brain is working well. A sort of optimization that allows you to make room for making the right decisions.


In short, to forget to decide. Our witty brain brushes away the information it deems superfluous and allows us to better manage the most precious ones to embody a real decision-making process.

According to an interesting article, the reason for such "cleaning" is easy to say: we all have a limited amount of memories that we can keep over time and at the same time there is a precise process that guides and optimizes the "intelligent decision-making" trend. By doing so, it will be more or less easy for us to understand which type of information is most valuable.

It is no coincidence that that article is entitled: "The Persistence and Transience of Memory", that is "The persistence and transience of memory", indicating that a face and importance is given to the transience of information, signaling a change in the approach to the study of memory and its learning mechanisms and denying the idea of ​​neuroscientists that the inability to remember was only a failure of the brain's mechanisms.

Blake Richards and Paul Frankland, psychobiologists at the University of Toronto and authors of the paper, rather propose that the goal of memory is not so much to convey the most accurate information over time, but to guide and optimize intelligent decision making keeping only valuable information.

“It's important for the brain to forget the irrelevant details and instead focus on the things that will help make decisions in the real world,” says Richards.

The paper examines the literature on remembering, known as "persistence," and addresses a new body of research on oblivion or transience. The recent surge in research into brain mechanisms that promote forgetfulness is revealing that the forgetting is equally important in our memory system.

"We find a lot of evidence from recent scientific research that there are mechanisms that promote memory loss and that these are different from those involved in storing information," says Frankland.

One such mechanism is the weakening or elimination of synaptic connections between neurons in which memories are encoded, while another mechanism would be the generation of new neurons from stem cells. As new neurons integrate into the hippocampus, the new connections reshape the hippocampal circuits and overwrite the memories stored in those circuits, making them more difficult to reach. This could explain why babies, whose hippocampi produce more new neurons, forget so much information.

Isn't it that the brain wastes more energy this way? Apparently not, also because, according to Frankland and Richards, the interaction between remembering and forgetting in the human brain would allow us to take smarter memory-based decisions. And it does this in two ways: First, forgetfulness allows us to adapt to new situations by letting go of outdated and potentially misleading information that can no longer help us manage changing environments.

The second way to forget to facilitate decision making is to allow us to generalize past events to new ones. In artificial intelligence this principle is called "regularization" and it works by creating simple computer models that prioritize the main information but eliminate specific details, allowing for a broader application: with a similar function, our brain prioritizes the main information , perhaps eliminating unnecessary details.

Memories in the brain work in a similar way. When we only remember the core part of a meeting, for example, with respect to every detail, this "forgetfulness" of the most insignificant details actually creates simple memories that are more effective in predicting new experiences.

Ultimately, these mechanisms are supported by theenvironment where we are. An ever-changing environment may require you to remember less. For example, a cashier who meets many new people every day will only remember the names of his customers for a short period of time, while a designer who regularly meets with his customers will keep this information longer.

Similarly, research shows that episodic memories of things that happen to us are forgotten more quickly than the general knowledge we access on a daily basis, supporting the old adage that if you don't use it, you lose it.

Conclusion? Our brain helps us to "evolve" by eliminating the old and the useless to make room for the new. Isn't it extraordinary?

Reduction in meat consumption by 19%: this is how the US saved the emissions of 39 million cars ❯

add a comment of Forget things? It is a symptom of intelligence! The brain optimizes to make room for the new