Reduction in meat consumption by 19%: this is how the US saved the emissions of 39 million cars

Americans have eaten less meat in recent years, which has cut carbon emissions by 19%. A number that perhaps says nothing but which is comparable to the removal of emissions produced by 39 million cars

- American in recent years they have eaten less meat, and this made it possible to reduce carbon emissions by 19%. A number that perhaps does not say anything but which is comparable to the removal of emissions from 39 million cars.


Good news on the pollution and climate change front. Whether they are aware of it or not, Americans are limiting their impact on the table climate by giving up more meat. This is what the new claims rapporto Less Beef, Less Carbon published by NRDC.

According to the study, between the 2005 and the 2014 in the US, per capita consumption of beef was reduced by 19%, a percentage that was significant in terms of environmental impact because it led to a overall decrease of 10 per cent of per capita emissions from food.

The drop is even more significant when you also consider the 9 percent increase in the US population over the same period.

In the fight against the changes climate, as we know, our eating habits also affect us. According to the United Nations, emissions related to meat that ends up on our tables generates the same pollution as all vehicles in the world.

READ ALSO: MEAT CONSUMES THE SAME EMISSIONS AS HALF OF ENGLISH CARS

La meat red is a major source of this pollution. Emissions are produced for feed crops, or when forests are cut down to make way for these crops or pastures and the production of methane linked to the digestive processes of the animals themselves. 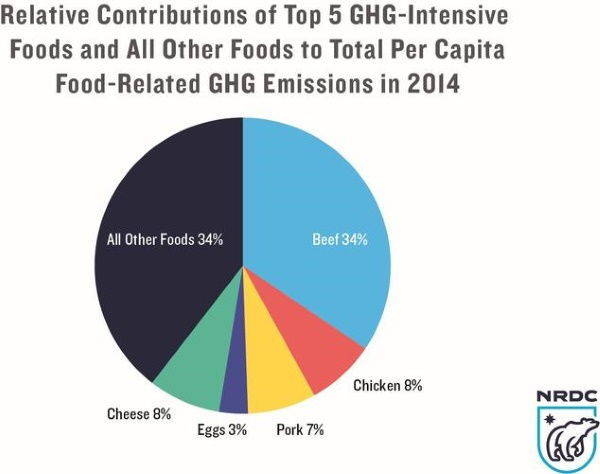 Alone, beef consumption accounted for 34% of all food-related emissions in 2014, more than any other food. 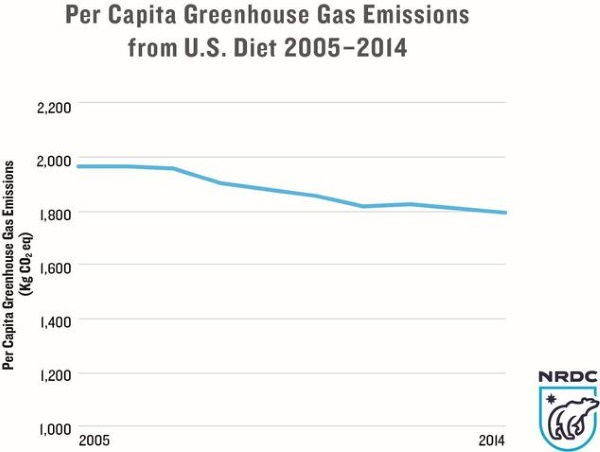 READ also: BEEF POLLUTES MORE THAN ALL. THE ENVIRONMENTAL IMPACT OF THE STEAK

On the contrary, the production more fruit, vegetables and legumes does not generate as much pollution. Consequently, the decrease in the consumption of beef documented by the study has concretely translated into a reduction in the production of emissions pollutants.

This decline was largely due to health concerns related to the consumption of red meat including lincreased risk of cancer, heart disease, diabetes.

READ also: CARCINOGENIC MEAT, EVERYTHING YOU NEED TO KNOW: 20 QUESTIONS AND ANSWERS FROM WHO

Although there is still a long way to go, it is still good news, both for the health of the planet and that of its inhabitants.

READ also: THE 12 WAYS TO REDUCE EMISSIONS AT THE TABLE

Tell me what microbiota you have and I'll tell you how much weight you will lose. How Bacteria in Your Gut Affect Weight Loss ❯

add a comment of Reduction in meat consumption by 19%: this is how the US saved the emissions of 39 million cars