Does eating insects make you smarter? 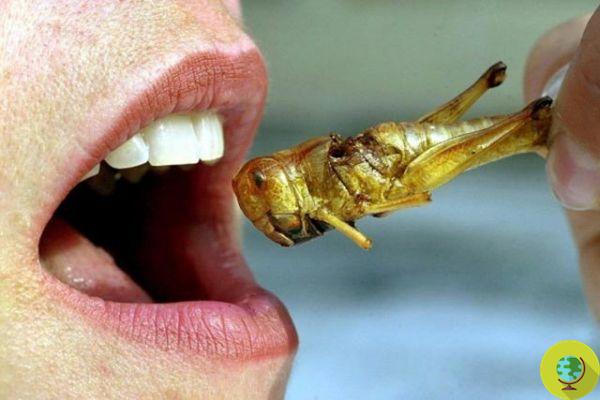 The ingenuity required to survive on a diet of elusive and hard-to-reach insects was a key factor in the development of typically human abilities in our ancestors and other primates, including the development of larger brains and cognitive functions of high level. The insects themselves may have helped build our brains.

The ingenuity needed for survive on a diet of elusive and hard-to-reach insects it was a key factor in the development of typically human capabilities in our ancestors and other primates, including the development of larger brains and higher-level cognitive functions. The insects themselves may have contributed to build our brains.

This is what emerges from a research by Washington University in St. Louis, published in the Journal of Human Evolution, the first to provide detailed evidence on how seasonal changes in food supplies have affected foraging patterns of wild capuchin monkeys.

“The importance of challenges associated with finding food in shaping the evolution of the brain and cognitive abilities in primates, including humans. Our work suggests that hunting for insects when food was scarce may have contributed to the cognitive evolution of hominids, ”said Amanda D. Melin, lead author of the five-year study of capuchin monkeys in Costa Rica.

The research provides further support to the evolutionary theory that links the development of skills such as increasing manual dexterity, the use of tools and an innovative problem solving, the challenges associated with a diet based on insects and other foods that are buried, incorporated or otherwise difficult to obtain. Other isotope research suggests that our ancestors' diet included a range of extractable foods, such as termites, roots and tubers.

“Capuchin monkeys are excellent models for examining the evolution of brain size and intelligence, despite their small body size, they have impressively large brains. Have access to hidden and well protected insects living in tree branches and under the bark is a cognitively demanding task, but it offers a high-quality reward: fats and proteins, which are needed to feed big brains, ”concludes the researcher.

Eat insects to save the planet

Lepsis: the terrarium for raising edible insects at home

add a comment of Does eating insects make you smarter?