Eating less meat is the only way to truly fight climate change. The new Ipsos study

Curbing the world's meat appetite is key to tackling climate change. Governments warn is a new analysis from Thinktank Chatham House. The livestock sector, in fact, is responsible for nearly 15 percent of global emissions

Curbing the world's meat appetite is key to tackling climate change. Governments warn is a new analysis from Thinktank Chatham House. The livestock sector, in fact, is responsible for nearly 15 percent of global emissions, an amount similar to that produced by cars, trucks, planes, trains and ships around the planet. Yet there are still no international or national emission reduction strategies in this sector.


The report, which is based on a survey by Ipsos MORI, reveals what is commonly thought that transport is the biggest culprit in global warming. But is not so. Livestock production is the largest source of the two most potent greenhouse gases, the methane and nitrous oxide. The first comes from the digestion of ruminants such as cows, sheep and goats. The second, on the other hand, is produced from manure and fertilizers used for the cultivation of feed.

The breeding also produces large quantities of carbon dioxide, resulting from the cutting of forests to convert land to pasture and crops for feed. As if this wasn't enough, by 2050, world consumption of meat and dairy products will increase respectively by 76 per cent and 65 per cent when compared to those of 2005-2007. 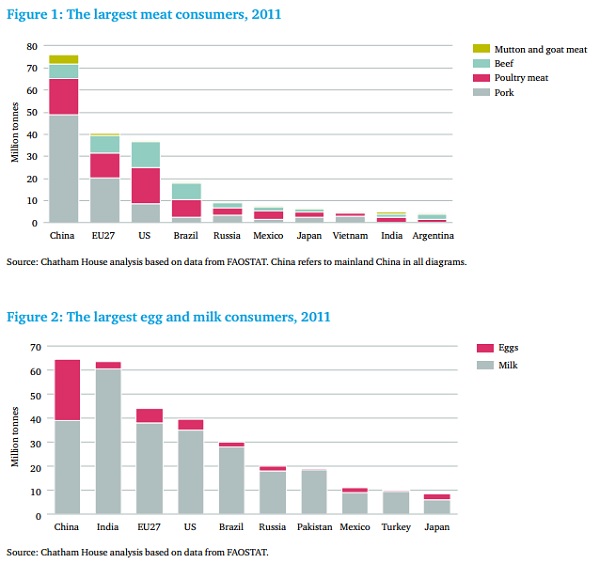 As expected, the results demonstrated a clear lack of awareness: recognition of the role of the livestock sector in contributing to climate change it was significantly lower than that of all the other sectors examined. Globally, people have identified transport as a major cause of climate change ", said Rob Bailey, author of the study. 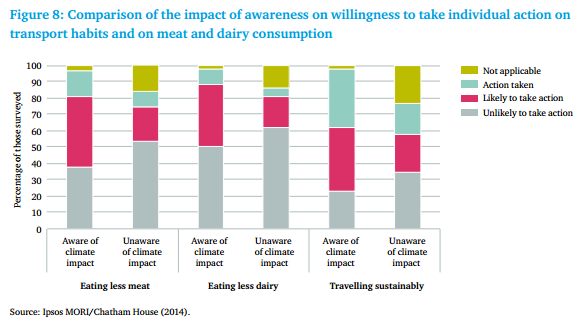 Then, why has nothing been done to address this climate issue? The next 12 months will be decisive for the global effort to contain climate change. Governments will meet in Paris for a new agreement for limit heating to no more than two degrees Celsius. And current food trends are simply incompatible with this goal.

10 reasons to at least eliminate red meat from your diet

“Less, but better”: the right way to eat meat that will save the world?

Eat fewer steaks to save more wolves and bears ❯

add a comment of Eating less meat is the only way to truly fight climate change. The new Ipsos study