Women who objectify themselves are less aware of even the cold on the evenings out, the study 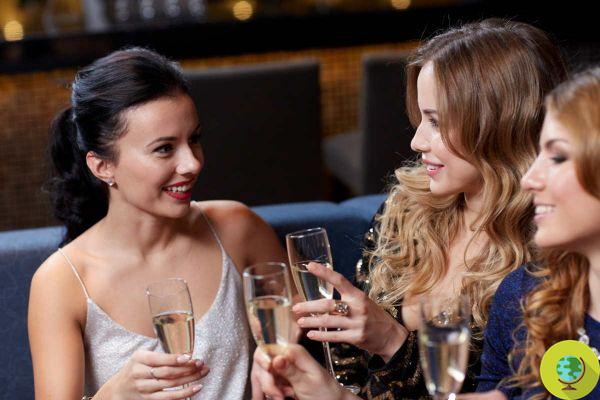 If women learn from a very young age to perceive their exterior as a "social currency", they even go so far as not to feel the cold during the evenings in bars or discos

Being more careful about your look and having a good consideration of your physical appearance might explain why many women do not feel the cold when they go out in low-cut dresses or without socks: A recent study conducted in the United Kingdom interviewed some women used to going to discos and night clubs, showing that those with low self-esteem had a greater perception of cold.


Someone may have wondered how many women seem insensitive to the cold when they go out on winter evenings: it is not uncommon, especially in clubs, to see women in light clothes and without jackets, even in the middle of winter. Certainly it is a matter of dress code, as evening dresses for women are often minimal and light, but now researchers speculate that there is a psychological explanation for this phenomenon, which could have a lot to do. with self-perception.

Historically women, unlike men, they took great care of their physical appearance and their look - even to the detriment of comfort and practicality: think, for example, of the fashion of the corset in the Victorian era, which caused not a few fainting girls who could not breathe well. Looking back and the relationship of women with their physical appearance, it is not difficult to imagine that many of them unconsciously ignore physiological signs of discomfort in order to have a pleasant look.

It is a direct consequence of self-objectification, an expression first used in 1785 by the philosopher Immanuel Kant. What is it about? When a person is considered only as a means of satisfying the sexual pleasure of another subject, then one can speak of objectification. Self-objectification means considering oneself an object, a phenomenon in which we, girls, girls and women, see our bodies as sexual objects, victims of a mechanism that is automatically triggered by widespread, internalized and normalized social pressures.

Researchers conducted a "field" study to see if women with low self-esteem in relation to their physical appearance were more likely to feel cold on a night out with friends - regardless of how they were dressed. . A sample of 224 women, randomly chosen out in night clubs and bars, was interviewed; the interviews were conducted on several nights in February, with a perceived temperature of around 7 ° C. The women were asked how much they liked each other physically and how cold they felt at the time. In addition to this, the researchers took note of the clothes the interviewees were wearing and made an estimate of the amount of bare skin exposed to the cold.

The results showed that the women who least appreciated their physical appearance were also those who felt the coldest; on the contrary, women with a medium or high esteem for their appearance did not feel the sensation of cold, even though the clothing was not suitable for the evening - as if there was a disconnect between the experience of cold and the sensations perceived.

The study showed that attention to one's physical appearance reduces body awareness and sensations (e.g. cold), according to the study authors: in practice, the more a woman pays attention to her appearance and what she wears , the more he loses contact with his own experiences and physical sensations. Conversely, women who pay little attention to what they wear and how they look maintain a concrete relationship with their feelings: the more they feel cold.

add a comment of Women who objectify themselves are less aware of even the cold on the evenings out, the study