They were about to put real clams on the market, but they were contaminated and kept in the middle of a toxic landfill 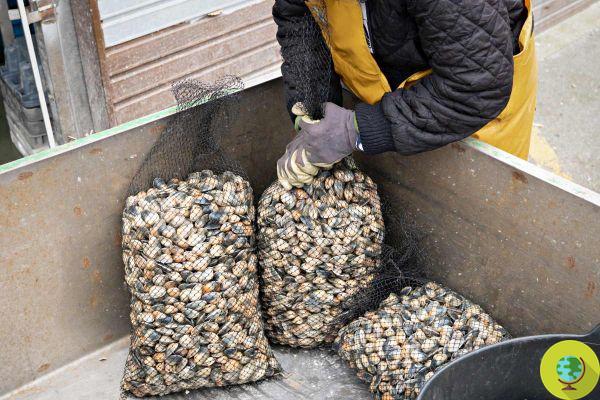 An illegal trafficking of mussels imported from Portugal was discovered, which were about to end up on the Veneto market. The GDF has seized tons of shellfish, which are not fit for human consumption. The conditions in which they were kept are truly hallucinating ...

The gold flames of the Guardia di Finanza have uncovered an illegal trade in clams imported from Portugal and ready to be marketed on the Veneto market. It happened in the municipality of Conche di Codevigo, in the province of Padua: two and a half tons of mussels were found inside an unsuspected farm unfit for human consumption which, however, were about to be sold.


In addition to the clams, machinery used for sifting the fish was also found and seized, which discharged the wastewater directly onto the cultivated fields, thus contaminating the area; a professional scale and a tank to contain the mussels, with a capacity of 2.500 liters; finally, thirty kilos of waste (among which also dangerous substances).

As ordered by the provincial health company, intervened in support of the police, all the fish imported illegally will be destroyed, since the risk of mussel contamination by pathogens.

But that's not all: the first kidnapping operation made it possible to discover one real toxic landfill which covered an area of ​​6.500 square meters and housed over thirty tons of hazardous waste - such as used oil, hydrocarbons, disused boats and vehicles, abandoned household appliances. The waste was located inside two buildings made in building abuse.

At the moment there are five people under investigation by the police for the crimes described above.

Being in contact with nature is the best antidote to solitude in the city, studying ❯

add a comment of They were about to put real clams on the market, but they were contaminated and kept in the middle of a toxic landfill