Sulfur, which properties, which foods contain more sulfur and what are the effects of a deficiency

Lo sulfur it is a non-metallic mineral that in nature is often found pure in regions characterized by active volcanoes or sulfur springs, while within other compounds it is contained in combination with other elements, in the form of sulphides or sulphites.


In its free state, it occurs in solid form and takes on the appearance of a crystalline with an intense yellow color. In the periodic table of the elements it is indicated with the symbol S and has atomic number 16. For abundance it is the third mineral present in the human body, after calcium and phosphorus, and performs very important healing functions for our body. Sulfur is contained both in two essential amino acids (cysteine ​​and methionine), and in other amino acids (homocysteine ​​and taurine) as well as in some very important enzymes. This makes it an element essential to the life of any cell.

Lo sulfur it is fundamental in the formation of cartilage, nails, hair and hair and necessary for the correct functioning of the connective tissue. Therefore, it has benefits above all on the skin, hair, muscles and bones, but it also plays a fundamental role in other systems of our body. Sulfur is indispensable in many biological processes, including metabolism, and the two amino acids that contain it, methionine and cysteine, play essential physiological roles in the human body. It is a mineral with curative value, e its deficiency causes pain and inflammation, often associated with muscular and skeletal pathologies.

In particular, sulfur has the following properties:

There is no recommended daily amount. Sulfur is normally taken in through food, especially proteins, and nutrition is generally sufficient to cover the needs of our body, which is around 850 mg per day.

A particularly effective form for our body is the Msm (methylsulfenylmethane) which is not a medicine, but a biologically active compound of sulfur, as found in nature.

The natural cycle of sulfur begins in the waters of the oceans, where some microorganisms release sulfur salts which become volatile in contact with water and are released into the atmosphere in the form of gas. When they arrive in the upper atmosphere, in contact with ozone and ultraviolet rays, they are transformed into Dmso (dimethylsulfoside) and Msm. Being soluble, these substances precipitate to the ground in the form of rain and are absorbed by the soil and plants.

The MSM plays a very powerful action antioxidant, as it plays a fundamental role in the production of glutathione, the main antioxidant produced by our body. If sulfur is missing, glutathione fails to act.

It can be taken via food and is particularly beneficial for our health. In particular, MSM or organic sulfur:

WHERE IS ORGANIC SULFUR

MSM is contained in many foods, including: 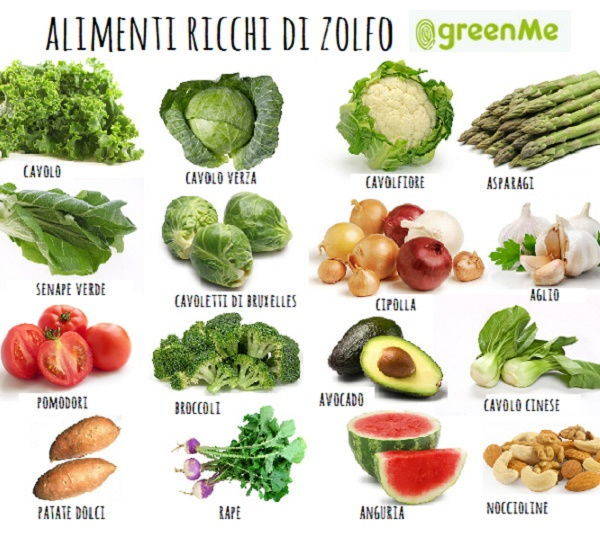 MSM is mostly contained in foods of animal origin and fresh vegetablesto. Raw milk contains the greatest amount, but organic sulfur tends to evaporate due to the effect of heat. Pasteurized milk, therefore, is not a good source of MSM. Vegetables also do not provide a good dose of MSM if they are cooked or stored for too long. It is necessary to consume them raw as soon as possible.

MSM is normally taken through food but today, very often, due to an unbalanced diet, it is necessary to ingest it in the form of a supplement.

In addition to food and how dietary supplement, the sulfur can be contained in special soaps or be the component of small torches that exploit electrostatic energy.

SULFUR AS A FOOD SUPPLEMENT

Being an excellent restorative element that promotes cell regeneration, sulfur is commercially available as dietary supplement, in the form of organic sulfur or Msm. It is found alone or in combination with theVitamin C or coenzyme Q10, which favor its absorption. Organic sulfur is naturally excreted from the body through urine and feces, so excessive levels of this mineral are never reached.

La dose daily recommended is about 3000 mg, which is gradually reached after an initial intake period of around 1000 mg. Most patients who take it in the form of a dietary supplement do not notice any particular reactions.

MSM has no particular side effects either contraindications. It is a non-toxic substance, in the sense that at the moment it has not yet been identified a limit beyond which its intake produces harmful effects.

However, it must be said that MSM still performs a purifying function, which can sometimes manifest itself through detoxification crisis, characterized by mild forms of diarrhea, headache, states of fatigue or erythema. For this reason it is advisable to increase the dosage gradually. In any case, this symptomatology tends to disappear after a few days. However, it is advisable to stick to the recommended range between 1 and 3 grams per day of Msm.

Considered the "mineral of beauty", sulfur is used as a component of creams or soaps. In particular, Sulfur soap is an effective remedy to combat:

In fact, sulfur has properties on the skin:

It's enough gently rub the skin with this soap and then cleanse your face with warm water, drying well and immediately applying a very moisturizing cream. Sulfur soap works because it fights sebum and stimulates the production of cortisol, a vasodilator hormone. The blood vessels, which are more perfused and dilated, favor the expulsion of toxins and impurities from the skin. In this way the epidermis is cleaner, smoother, more compact, shiny and smooth. 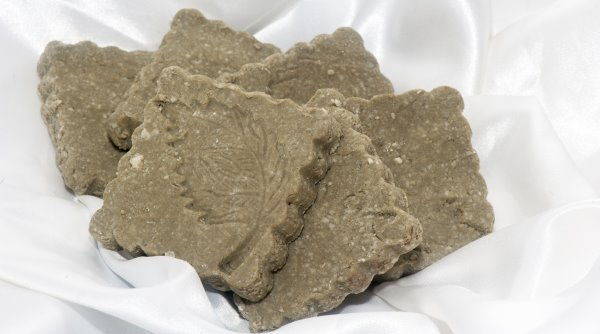 The only caveat is to use this soap only if you have a very oily skin type. In fact, by eliminating the sebum, the sulfur soap effectively eliminates the lipid film making the skin more vulnerable and more exposed to the action of smog and atmospheric agents. Therefore, it is not recommended for use for other skin types.

I sulfur torches they are cylindrical bars, which must be passed over the painful part to:

The sulfur torch works because absorbs negative electrostatic charges. To be effective, it must be rubbed on the painful area by exerting light pressure for about 2 or 3 minutes. You get a immediate relief, since the beneficial action on the energy centers is immediate. After use, the sulfur torch must be rinsed under running water to free it of negative electrostatic charges. You have to wait at least 40 minutes to be able to use it again.

Sulfur is present in a high percentage in some thermal waters, precisely called sulphurous. The baths in these spas are recommended for treatment of respiratory ailments such as asthma, sinusitis, rhinitis. Also rheumatic disorders and joint inflammationsi benefit from thermal treatments, resulting considerably relieved.

The word sulfur derives from the Sanskrit sulvere which the Latins translated into sulfur and therefore sulfur (or sulfur). Pure sulfur is odorless and tasteless. It is therefore not responsible for exhaling the characteristic odor reminiscent of rotten eggs. This odor is emanated from hydrogen sulfide or hydrogen sulfide, a substance that forms as a result of the decomposition of sulfur-containing proteins by bacteria. 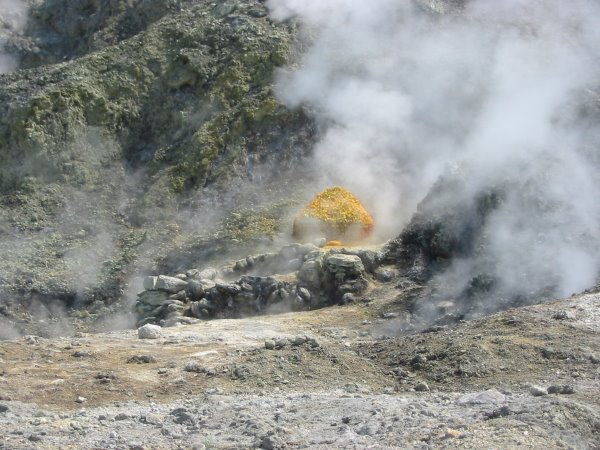 In the Christian tradition, sulfur has always been associated with the devil and other demonic presences. According to Catholic doctrine, i damned of hell they were forced to burn in the fire generated by the sulfur, whose characteristic smell of rotten eggs is an unmistakable sign of the presence of witches and devils.

Il bond of sulfur with The fire in fact it has its foundation, because this mineral is found in the surrounding areas i volcanoes and secondary volcanic activities such as sulphates and springs of sulphurous waters, which not by chance derive their name from sulfur.

Plus it is easily flammable and leaves no trace. Since the year 1000, sulfur has found use in the composition of gunpowder. In more recent times, around the end of the XNUMXth century, it was used in the production of matches, the so-called zolfanelli.