Pay attention to the new thermostatic valves, they make us spend even when the radiators are turned off 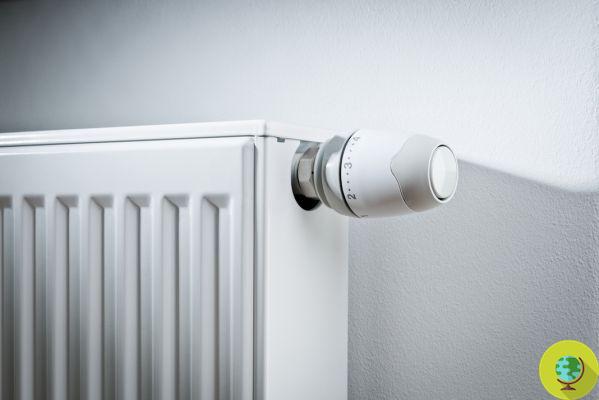 Thermostatic valves that "activate" by themselves, increasing the cost of the bill even when the radiators are turned off. To report this anomaly was the Lifebuoy on the recommendation of a reader. The latter verified that his counter, correctly reset by the technician, after a short time and without using the radiators yet, showed 315 shots, equal to about 30 euros.

Thermostatic valves that "activate" by themselves, increasing the cost of the bill even when the radiators are turned off. To report this anomaly was the Lifebuoy on the recommendation of a reader. The latter verified that his counter, correctly reset by the technician, after a short time and without using the radiators yet, marked 315 shots, equal to about 30 euros.

The story has raised the alarm since other people, unwittingly, may have paid without having used the radiators.

Since 2016, thermostatic valves have been mandatory in condominiums with centralized heating systems to promote energy savings. In fact, they allow you to open and close the circulation of hot water in the radiator and allow you to keep the set temperature constant by concentrating the heat in the most frequented environments. In this way waste is reduced. In addition to the valves, the system also features distributors heat.

Here's what happened to Franco Lodigiani. The man reported a problem with the heat cost allocators, small boxes attached to the radiators. These detectors are required by law together with thermostatic valves,

“Last year, in September 2016, - Mr. Lodigiani writes - the heat cost allocators were also applied in our apartments. At the end of the season, after the passage of the technician assigned to take and reset the meters, I check on the instruments themselves that the procedure has been successful and that they show the zero value set for the new season. All perfect".

Shortly thereafter, at the end of September, Mr. Lodigiani checks the meter for the sake of scruple, before turning on the heating. He thus discovers that the heat distributors were already reporting 315 shots, which

“They represent the consumption fractions calculated on the basis of the average consumption of the condominium”.

Making a relationship between the total amount of shots consumed in the last winter season and the cost of the heating bills, the man came to the conclusion that these 315 shots had been wrongly calculated and corresponded to about 30 euros.

But is it really possible to spend 30 euros without realizing it and because of this anomaly?

After contacting the condominium administrator since the heat cost allocators were not supposed to be in operation in the summer months, the man also consulted the installer, receiving as an answer the certainty of being reimbursed at the end of the 2017/2018 financial year.

“At this point I wonder if this anomalous behavior is attributable only to the model installed in our apartments or if it concerns all the heat cost allocators. If so, we would have to worry, ”she says.

Franco Pozzoni, President of Cna installation systems Lombardy, confirmed that this is a normal thing since the detector keeps track of the difference in heat of the radiator with respect to the environment.

"If I have a radiator that is irradiated by the sun during the summer, and the steel plate is heated, it becomes hot compared to the environment, the heat cost allocator begins to count". According to the Salvagente, a temperature difference of 3-4 degrees between the radiator and the surrounding environment is enough to start the count of shots. A real nonsense.

So what to do if you find yourself in a situation of this type? It is advisable to point out to the administrator or to the company responsible for the thermo-plants the non-regularity of the distribution of expenses, and to ask for reimbursement. Many citizens, even if they do not know it, will be in this situation.

Increased energy bills: is it really the fault of the incentives for renewables? ❯

add a comment of Pay attention to the new thermostatic valves, they make us spend even when the radiators are turned off