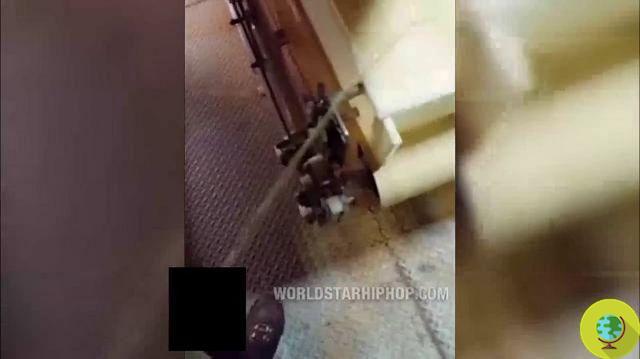 Caught peeing on the assembly lines of Kellogg's in Memphis. It happened in 2014 but the company just announced that an employee had urinated over the production belts, which were used to pass most of the brand's cereals.


Surprised to do the pee-pee on the assembly lines of Kellogg's of Memphis. It happened in 2014 but the company just announced that an employee had urinated over the production belts, which were used to pass most of the brand's grains.

Il video which portrayed the man intent on doing the pee on tapes it ended up on the net going around the world. Kellogg's thus launched an internal investigation. Even if the fact happened two years ago, the company wants to see clearly on the matter.

The affected products could be Rice Krispies, puffed rice cake and other cereals, even if after all this time they could have been consumed or in any case would be beyond the expiration date, so they are no longer present in supermarkets.

Kris Charles, Kellogg's spokesman said the company was outraged by this situation, which was considered completely unacceptable:

“Food quality is of the utmost importance to Kellogg's Company. We were shocked and deeply disappointed with this video we have just seen. We immediately notified the authorities and will work closely with them " lets know the society.

Here the video that is circulating on the net:

Meanwhile, the FDA has launched a criminal investigation that will have to ascertain the identity of the man but the pee-flavored cereals have already ended up in the breakfast cups.

We don't know at all what we eat.

SUGAR IN CEREALS IS POISONING OUR CHILDREN: THE HEALTHY BREAKFAST SCAM

9 GOOD REASONS NOT TO EAT AT MCDONALD'S

Green tea: the extract acts on cancer cells by blocking their metabolism ❯