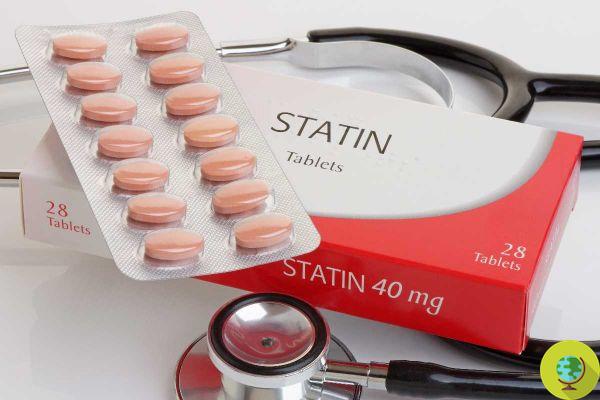 Statins are the main drug for heart disease and high cholesterol, but new research has identified a major side effect that would show up on the skin.

Although statins significantly reduced the incidence of heart disease, one in five users discontinue the drug due to unwanted side effects.


These can be large in scope and varying in severity; according to the results of an epidemiological study, the drug can also significantly increase the chances of eczema.

The results, published in the Journal of the American Academy of Dermatology, were inferred from a study of heart patients.

The data showed that patients with statin exposure had a significantly higher risk of developing eczema.

The study of 9.678 patients with heart disease showed that the incidence rate of skin problems at six years was 6,77%, compared with 1,68% among patients not taking statins.

When they focused on the effects of different types of statins, the researchers found that the incidence rates of atorvastatin e simvastatin they were 9,09% and 7,78% respectively.

The results also showed that the statin-related risk of eczema was more pronounced among patients 60 years of age and older.

These drugs work to reduce the production of lipoproteins Low density, or "bad" cholesterol, by blocking an enzyme in the liver that helps make cholesterol.

The accumulation of these lipids in the blood contributes to the buildup of plaque in the arteries, which eventually slows blood flow and increases the risk of cardiac events.

The benefits of statins go beyond simply lowering LDL cholesterol, because they also have anti-inflammatory properties, and inflammation is a known contributor to plaque buildup.

They also help prevent plaque rupture and the release of chemicals that stimulate blood clot formation.

Despite these beneficial effects, these drugs can also cause difficulty sleeping. headache, redness of the skin e dizziness. But that's not all, as another very common side effect highlighted is the myalgia, with documented rates of one to 10%.

Serious side effects, such as rhabdomyolysis, are much rarer and occur in less than 0,1% of patients.

The drug is also known to have a strong nocebo effect, which occurs when people experience the negative effects of a drug based on an expectation of harm. It is also believed that this effect is responsible for a large number of muscle disorders.

But despite this, experts advise against stopping statin treatment before consulting a doctor, as this can significantly increase the chances of heart complications.

If you play drums, your brain performs above average ❯