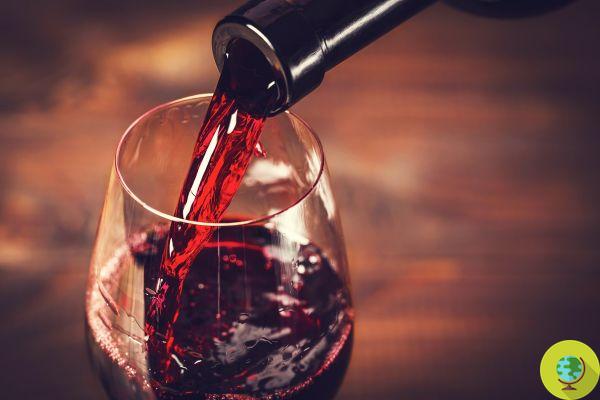 No more counterfeit wine and fraud. This is ensured by new research conducted at the Australian University of Adelaide

No more counterfeit wine and fraud. This is assured by new research conducted at the Australian University of Adelaide, which has developed a quick and easy method to recognize authentic wine and thwart fraud globally that cost billions of dollars every year.


The team of scientists was able to identify the geographical origins of wines from three wine regions of Australia and Bordeaux in France with 100% accuracy. Thanks to a new technique of "fingerprinting"Molecular. Using fluorescence spectroscopy, a technology that analyzes the fluorescence of molecules, they examined the wine's fingerprint and were able to recognize authentic ones from counterfeit ones.

"Wine fraud is a significant problem for the global wine industry, with an annual economic impact within Australia estimated to be several hundred million dollars, and globally thought to be billions of dollars," said Ruchira Ranaweera. PhD student and author of the research. “Wine authentication can help avoid any uncertainty about labeling based on origin, variety or vintage. The application of a relatively simple technique such as this could be adapted for use in the supply chain as a valid method for authenticating or detecting adulterated wines. "

The researchers looked at Cabernet Sauvignon, a grape variety of global importance and the second most planted in Australia, hailing from three different wine regions in Australia and Bordeaux in France. They started from an already existing approach which involved measuring certain elements in wine samples using plasma mass spectrometry (ICP-MS). However, they preferred to try the simpler, faster and cheaper fluorescence spectroscopy technique.

"This method provides a 'fingerprint' of samples based on the presence of fluorophoric or light-emitting compounds," added Ranaweera. "When used in conjunction with robust data analysis using a particular machine learning algorithm, it is proving to be a powerful technique for authentication."

This innovative test has made it possible to recognize the origin of the wine with the utmost precision but there are various applications of this technology already in the processing phase, such as the phenolic and color analysis of the wine and the detection of smoke contamination.

Scientists hope that such techniques will allow them to identify the chemical markers that are characteristic of individual wine regions and over time will also help to identify exactly which components give wines their unique personality.