Coronavirus, Disney closes all its parks in the US. Disneyland Paris eventually adjusts too 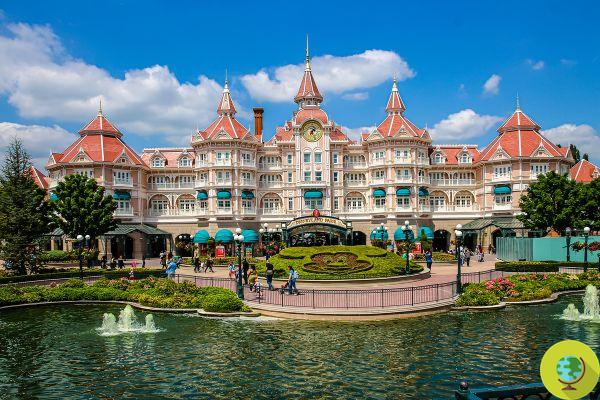 The spread of Covid-19 like wildfire forces Disney to close all its amusement parks and Universal Studios in the United States by Monday. The decision was made following the press conference held by the governor of California, Gavin Newsom, which discussed the prevention and containment measures of the Coronavirus pandemic that is bringing many European countries to their knees and is spreading all over the world.


Less than two hours before the end of the conference, Disney announced that it would temporarily close Disneyland Park and Disney California Adventure from Saturday March 14 through the end of the month, a move considered positive by Governor Newsom himself.

"Late at night, California introduced a new policy regarding mass gatherings and started a conversation with Disney and other companies to figure out how to deal with the situation," Newsom said in a statement Thursday afternoon.

By adopting this policy, Disney made the right choice in the interest of public health and agreed to close its California parks. Other announcements like this one will follow shortly. And the announcements were not long in coming.

In fact, Universal Studios in Hollywood will close on Saturday 14 March and should reopen on the 28th of the same month. Walt Disney World in Florida, Disneyland Paris and Universal Studios Orlando will also be closed from Sunday, March 15 until the end of the month. As for, however, the hotels of the Disneyland Resort will remain open until 16 in order to allow guests to organize their travels.

After the decision of the United States, the one awaited by Disneyland Paris finally arrives, which until this morning had confirmed the opening despite the cases of Coronavirus among some employees. And so the largest amusement park in Europe from Sunday 15 March will close its doors until the end of the month, as announced on social media:

Of course, these are not easy choices for the Disney universe, but necessary to reduce the increase in infections from Covid-19.

If the situation does not escalate, Disneyland Resort plans to reopen its doors at the end of the month. This is the third time in history that the California theme park and resort have completely suspended their activities. It happened in the past for the day of mourning after the assassination of President John F. Kennedy and September 11, 2001.

Coronavirus and Kawasaki disease: New York also has more than 100 positive children who have manifested the syndrome ❯

add a comment of Coronavirus, Disney closes all its parks in the US. Disneyland Paris eventually adjusts too