Blue hour: the magical moment between dark and light

The blue hour is that magical moment that occurs in the transition from light to dark and, vice versa, from dark to light.

There is a detail time of day when the dying light has not yet given way to darkness, or the rising dawn has not yet pierced the veil of the night. It is a magical moment in which the landscape seems wrapped in a muffled atmosphere and suspended in an unreal dimension, and everything, everything, is tinged with blue.


When the sun is below the horizon, before the dawn that heralds the transition from dark to light, or after sunset, in the twilight that precedes darkness, that's when the blue hour occurs.

It is an evocative and exciting chromatic phenomenon: everything is enveloped in a soft light, in shades of blue and violet. It only lasts a few minutes, half an hour at the most, but it represents a spectacle of rare beauty.

The blue hour can be interpreted in different keys: from a technical point of view, it represents the ideal condition for highlighting chromatic contrasts which otherwise would not be as visible.

But it is also a profound concept, furrowed by a subtle melancholy or a harbinger of bright hopes.

The blue hour is that elusive instant between dreams and awakening, where everyone can reflect on what has been and desire what will be. It represents an inner space of silence and contemplation, in which to really feel part of a whole and breathe the vital breath of the universe. 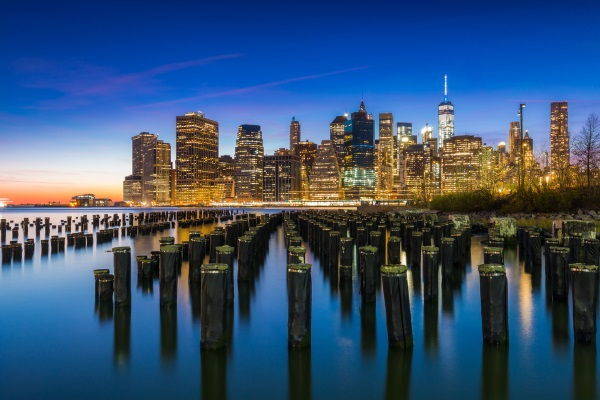 The blue hour in photography

Technically, during the blue hour the light is characterized by a less energy and a colder temperature.

Photographers are well aware of this phenomenon. For them, the blue hour represents a magical moment, ideal for capturing dreamlike landscapes or portraying urban architecture in order to bring out the contrast between natural and artificial light of the city.

This time frame is very nice to photograph due to the presence of many twilight, cold and desaturated colors.

It is essential to have a tripod where to fix the camera, because the light, already scarce, tends to fade quickly. Furthermore i shutter speeds are quite long. The shades that can be captured in the blue hour are truly extraordinary, often even more fascinating than those immortalized at sunset.

Another magical moment for photography is represented from the golden hour, which coincides with the first and last hours of sunlight.

Like the blue hour, the golden hour also occurs 2 times during the day, in the morning and in the evening.

In the morning the golden hour is immediately preceded by the blue hour, while in the evening it precedes it. During the golden hour, the warm and intense colors. Both the landscapes and the architectural constructions are enveloped in one soft, almost golden light.

The nuances captured in this time frame are particularly bright and emphatic, with shades that turn to orange, red and purple. The shadows are almost non-existent, the lights of the buildings are picturesque, while the ponds reflect suggestive chromatic games.

During the blue hour instead the light creates an atmosphere almost surreal, e the contrasts between complementary colors are accentuated.

This particular light, with blue or purple hues, can be used for highlight the contrast with the warm artificial lights of the city, or for capture the stillness of poorly lit buildings that stand out against the intense blue of the sky.

Also the landscapes are particularly captivating. The blue of the sea blends with the color of the sky, while in the mountains the silhouettes of peaks and glaciers take on enchanted contours. 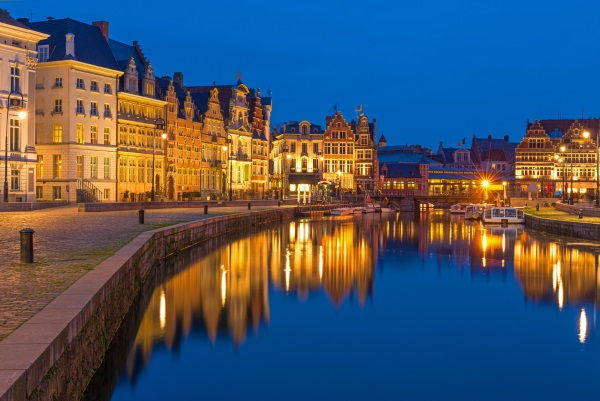 Calculation of the blue hour

The time when the blue hour occurs and its duration vary according to the latitude, altitude, season and weather conditions.

Here the ideal period to observe it is above all in the months of April and May, when the sky is clear, the temperatures are mild and the twilight is particularly long.

On the net there is a site that allows us to calculate the exact moment when the blue hour occurs, both the morning one and the one that occurs at dusk. Just enter the date and the name of the place where we are, to get some extremely reliable predictions on this extraordinary phenomenon.

The blue hour and nature

The charm of the blue hour lies in being a moment of transition and suspension, a moment in which everything has yet to begin and for this reason everything seems possible.

La nature seems motionless, oscillating between dark and light, uncertain whether to fold in on itself or open up to the new day. It's a moment of waiting, a temporal bubble in which even animals float hesitantly, almost holding their breath.

Now the sounds emitted by the nocturnal birds have ceased, we await the first light of dawn for other animals to sing new songs. The scent of the flowers reaches its maximum intensity.

The tension is palpable, the perceptions amplified, the atmosphere almost electric.

In this interval saturated with apprehension and full of restless hope, sometimes even our deepest ghosts and fears seem to come to life.

In the movie Reinette and Mirabelle by Eric Rohmer, the painter Reinette describes the blue hour with these words:

“It's not really an hour, it's just a minute. A little before dawn, there is a minute of silence. The birds of the day are not awake yet, and the nocturnal birds are already asleep. And here ... silence falls. If one day there was the end of the world, it would be in that exact minute and do you know why? Because it is the only moment in which you have the impression that nature stops breathing and this ... this is scary ». 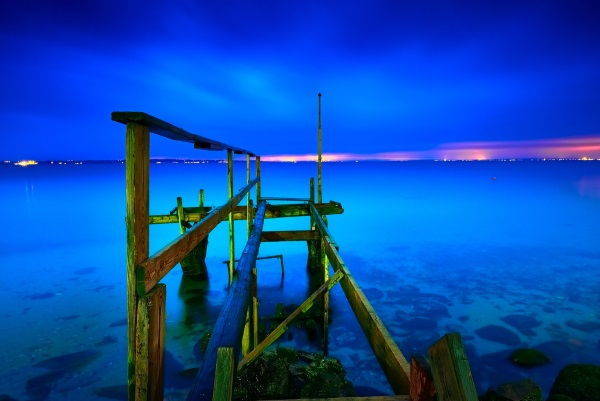 The magic of the blue hour

But the blue hour is also the space for fairy tales, the moment when strange creatures take shape, even if only in our imagination.

Blue light casts a bridge between reality and fantasy, allowing you to make forays into dreams, fairy tales, magic. Gnomes, fairies, elves, goblins, bizarre animals and legendary creatures come to life and come to life in this borderland, in the passage between dark and light.

They emerge from the flower corollas, slide down from the mushroom caps, slip out from under the stones, dart among the grass stalks and tree branches. Imaginary inhabitants of this no man's land, they immediately catapult us into an enchanted world, which at other times would be inaccessible.

And as if by magic, during the blue hour, everything becomes possible. 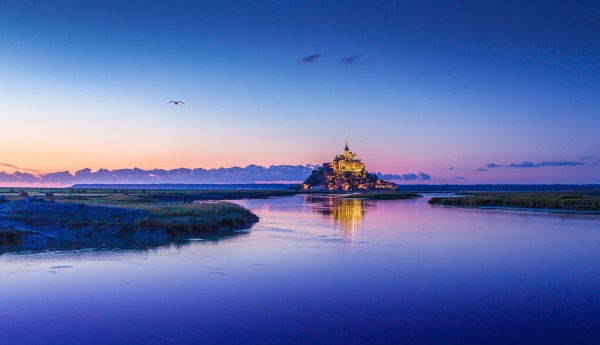 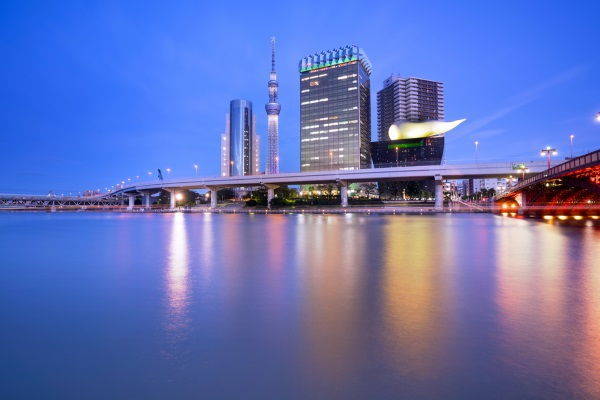 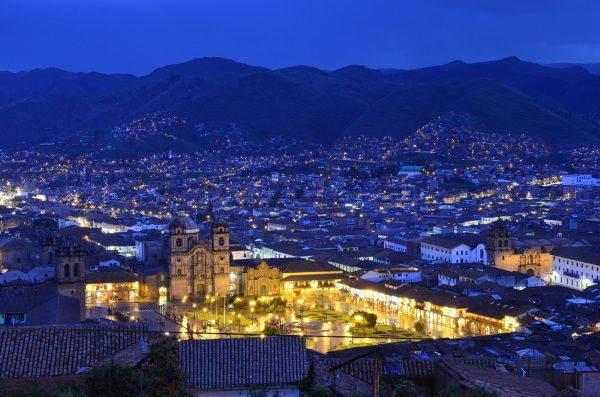 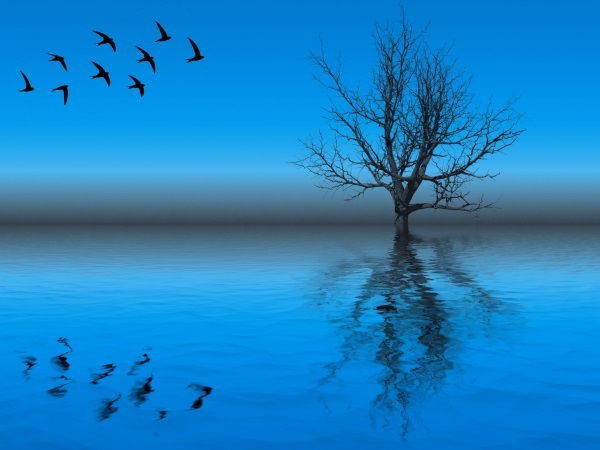 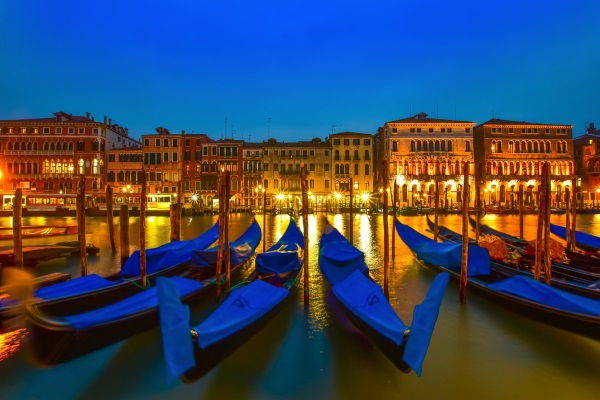 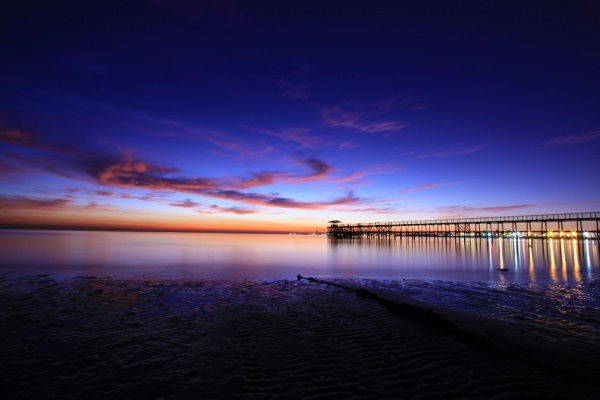 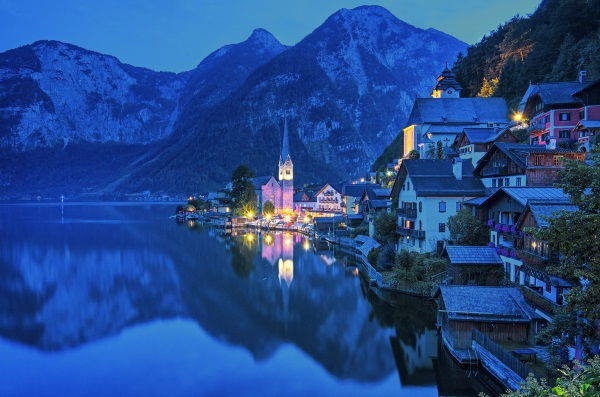 add a comment of Blue hour: the magical moment between dark and light