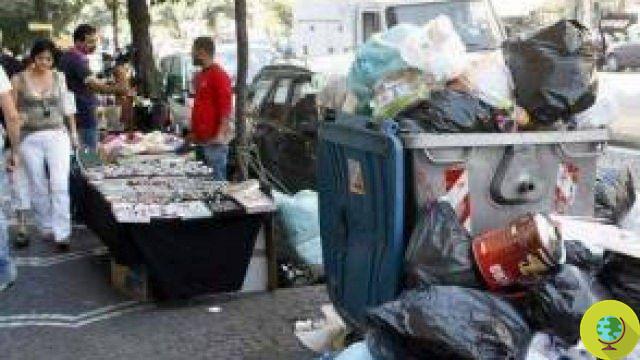 After the events of the past few days, the situation in Terzigno, in the province of Naples, seems to be getting worse by the hour. In fact, the waste emergency continues - and it goes from bad to worse, a historical problem for the whole of Campania.

After the events of the past few days, the situation of Terzigno, in the province of Naples, seems to be getting worse by the hour. In fact, it continues - and goes from bad to worse - thewaste emergency, now a historical problem of the whole Campania.

In the municipality of Terzigno - where The tension between the demonstrators and the police is growing more and more - are occurring road blocks, to prevent the construction of a new one rubbish dump and access to the compactors, and rather heated clashes, which they have already caused five arrests and three wounded among the policemen. According to reports from some demonstrators, there are also several bruised, including a woman.

The five arrested are accused of violence and aggravated resistance to a public official. One of the suspects must also answer for detention and illegal carrying of explosives.

According to reports from AdnKronos, the first clashes took place after three this afternoon when some demonstrators oiled some roads leading to the landfill and erected barricades to prevent access to trucks to spill the waste. Two self-compacting machines were also set on fire.

"This is a guerrilla" - he said Santio Giuffré, quaestor of Naples, while the mayor Rosa Russo Iervolino affirmed that everything must be done to stop the violence: “the guerrillas, however, are always very sad things. We must do, as I believe the prefect, Caldoro and Cesaro, everything possible to avoid them “.

The waste in question will end up in three other landfills in Campania, because in Terzigno, the spillage of waste is greatly reduced and requires slow times: in fact, for the next few days, the deposit of just 800 tons of garbage, against 1.800 tons per day.

add a comment of Waste emergency: in Terzigno there is guerrilla warfare!