The legend of the poppies

The poppy is a plant that belongs to the papaveraceae family and a fascinating legend is linked to its birth.

Il poppy it is a plant that belongs to the papaveraceae family that grows both in Europe and in Asia, it is linked to its birth a fascinating legend.


The poppy is one annual or perennial plant which grows both in cultivated fields and spontaneously on the roadside. In a single season it can produce up to 400 flowers and can even reach 80 cm of height.

Flowers bloom from May to September and have a purple red color with the interior circled in black. The leaves are of green color covered like the stem with a thin hair. Its propagation organ is represented by poppy seeds.

there many species of poppies among the best known are the papavar somniferum, or the opium poppy with flowers as well as red also white, pink and purple, then there is the papaver rhoeas, the common one which is the most widespread species found in fields especially of wheat and still the poppy nudicaule or Iceland poppy which is toxic albeit with extraordinary colors ranging from yellow to orange.

Legend of the poppy

Behind the birth of the poppy there is one legend, as happens for most flowers, for example wisteria or lavender.

It is said that one day, in June Proserpine, the beautiful daughter of Jupiter and the goddess of the Earth, while picking flowers in a Sicilian meadow was kidnapped by Pluto, god of the underworld, who wanted to make her his bride.

When the mother Demeter he learned that his daughter would spend the rest of her life in the underworld, she despaired and ran to ask Jupiter for help, but he did nothing, even trying to encourage the union of the daughter that she would become queen.

Demeter prey to the pain he decided not to concern himself with the Earth anymore. At that point Jupiter, worried about the death of creatures, convinced Pluto to let Proserpina return for at least six months every year.

So it was and legend has it that when the queen returns to earth poppies are blooming which, with their red color, remind the goddess of the passion of the bridegroom who is waiting for her in the underworld. 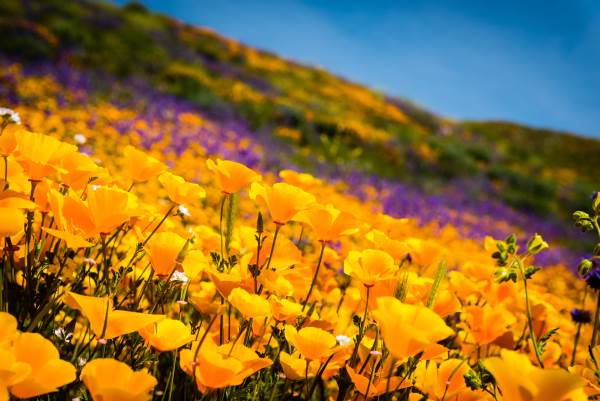 Second the ancient Greeks the poppy was the symbol of oblivion and sleep because Morpheus himself is represented with a bouquet of poppies in his hand. But the poppy is also the symbol of consolation that Demeter finds, after her daughter's departure to the underworld.

For the ancient Romans, the flower is the symbol of the goddess Ceres depicted with garlands, while in the Middle Ages it is associated with sacrifice of Christ and then taken up in many frescoes. 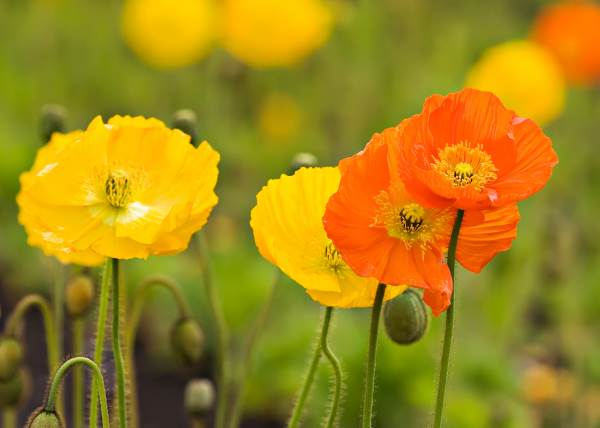 Poppy, the language of flowers

In the language of flowers and plants, the poppy takes on different meanings depending on the color of its petals.

For example, the poppy from the petals Detective stories is success, that red represents sleep and oblivion, that White symbolizes bad luck while that pink, the serenity.

The legend of the red thread of destiny ❯

add a comment of The legend of the poppies