The coal industry will never recover from the coronavirus pandemic 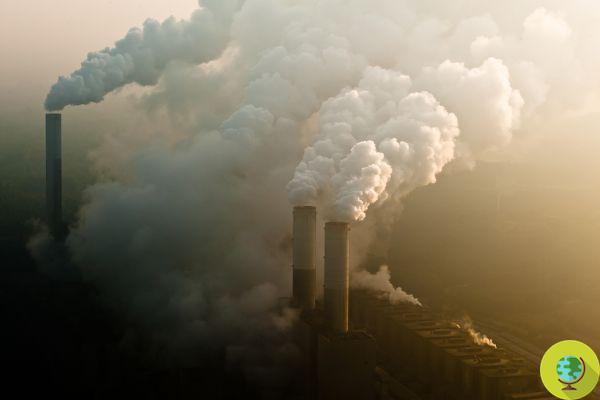 The coal sector is in full crisis. According to analysts, even in the future he will never recover again. Stay away from renewables!

The global coal industry will never recover from the Covid-19 pandemic. In fact, the crisis has forced a revolutionary change of pace, with an increase in the use of renewables considered no longer only economic for consumers but also safer for investors.


A real revolution is underway, an epochal transition that has been awaited for some time and that has been accelerated by the coronavirus. In many countries, the shutdown of the most polluting power plants and the increased deployment of renewables has been ordered, providing new evidence that humanity's coal consumption may have peaked after more than 200 years and may have begun a definitive decline. .

Even before the pandemic, the coal industry was under pressure for greater climate activism, the boost given by various divestment campaigns and the presence of economic, clean and "infinite" alternatives, such as renewables.

The global lockdown has highlighted the limits and fragility of fossil fuels. Given the decline in demand for electricity, many utilities have cut their use of coal first of all, because it is more expensive than gas, wind and solar.

In the countries of the European Union, imports of coal for thermoelectric power plants have fallen by almost two thirds in recent months, reaching an all-time low in 30 years. The consequences have also been felt around the world.

In the US too, the trend is downward. This week, a new report from the US Energy Information Administration revealed that the United States this year for the first time they will produce more electricity from renewables than coal.

Industry analysts predict that the share of coal for power generation could drop to 10% in 5 years, 50% less than 10 years ago.

In particular, in the US, even if there are some openings, the effects of social distancing will continue to influence electricity consumption in the coming months. According to the EIA, retail electricity sales in the commercial sector will decline by 6,5% in 2020 as many businesses have closed and many people work from home.

“Most of the decline is reflected in lower fossil fuel production, especially in coal-fired power plants. The EIA expects coal production to decrease by 25% in 2020, ”the dossier reads. "Renewable energy sources account for the majority of new generation capacity in 2020, driving EIA's forecast of 11% growth in the electricity sector."

Even in UK a record has been reached: the British national grid has not burned a single gram of coal for 35 days straight, the longest period since the start of the industrial revolution, in 230 years. In Portugal, the record-breaking coal-free run lasted for nearly two months, which is a good 52 days, explained Europe Beyond Coal.

Last month, Sweden closed its last coal-fired power plant, KVV6 in Hjorthagen, in eastern Stockholm, two years early thanks to the mild winter. Austria followed suit by closing its only remaining coal-fired power plant in Mellach. The Netherlands said they will reduce the capacity of thermal plants by 75% to combat climate change.

Goodbye to coal: Sweden shuts down its last plant and joins Austria and Belgium, becoming #coalfree

More importantly, in India - the world's second largest consumer of coal - the government has prioritized solar energy over coal in response to the collapse in electricity demand caused by Covid-19. This led to the first annual decline in carbon emissions in four decades, with notable effects on air quality.

From New Delhi to Bangkok, the images showing the most polluted cities in the world before and after the quarantine

In the US, renewables fly

According to the analysis, if fossils lose ground, renewables will benefit. Specifically, the electricity sector will add 20,4 gigawatts of new wind capacity and 12,7 gigawatts of solar capacity in 2020.

Carbon dioxide (CO2) emissions related to electricity production will also fall, 11% less in 2020 than the previous year, equal to 572 million tons saved from the atmosphere.

According to Rob Jackson, president of the Global Carbon Project, the pandemic will likely confirm that coal will never again reach the global peak seen in 2013:

“Covid-19 will cut carbon emissions so much this year that the industry will never get them back, not even with continued expansion in India and elsewhere. The collapse in natural gas prices, record solar and wind energy and concerns about the climate and health have definitively reduced the use of coal ”.

Perhaps the coronavirus, despite everything, has allowed us to make the tear that has been hoped for for a long time.

The Earth returns to breathe: pollution in drastic decline in the countries most affected by the coronavirus

Coronavirus: Sharp drop in pollution in China recorded by NASA and ESA

The toilet that produces energy and recycles human waste (VIDEO)

Solaris Pop: the new photovoltaic balcony panel is on sale

Air conditioners, better single split or multisplit? Differences and how to choose them

Heat pumps: why using an air conditioner to heat your home is not a good idea at all