Soul Journeys Part II: The Inner Persecutor and the Key to Awareness

What happens when our inner desires do not correspond to the outer actions. How to respond to this sort of "internal saboteur"?

Here we are at the second chapter of our journey, waiting for the preview of the video The Key - The journey - by director Michele Pastrello, in the fourth and final chapter.


Last week we got to know a little more about the archetypal figure of the orphan and his possible transformation into the archetype of the Seeker. In this new path we will face a fundamental step for this to happen: the recognition of the internal persecutor and his dethronement.

There is an old fairy tale that almost everyone heard as children: the story of the failed wizard Bluebeard which forbids the young wife to open that one room which corresponds to a small key. The woman, seized by an irrepressible instinct, immediately runs towards the forbidden door where she awaits a terrifying discovery: the vision of all the dead women who had preceded her. From the fright the key falls and gets irreparably stained. When her husband returns, she risks almost the same end, except for the sudden arrival of her brothers who manage to kill the ogre Bluebeard and restore freedom to the young woman.

History has always been used as a metaphor to warn girls of the risks of excessive curiosity, but, if analyzed analytically, it hides much more. Bluebeard represents what in psychological jargon is called "internal persecutor". The failed magician is precisely the representation of what is against the natural realization of the self: as we said in the last chapter, it arises from failures and unprocessed wounds and its goal is to keep the psyche in a state of confinement (" you cannot enter that room ").

The first step for a natural evolution is precisely that of recognize this figure and deal with its destructive power, otherwise you risk becoming "easy prey in the woods".

Bluebeard is made up of all devaluing, irritating and conflicting thoughts that we turn, from the sacrifice of our needs to please others, from being linked to obviously unhealthy relational situations, from being excessively guilty for some defect, lack or fault, from all the excuses, even trivial ones, that we use to not get involved.

Il internal saboteur manifests its power when it silences intuition, when choosing a destructive path for oneself, convinced of "being able to resist a little longer, to the point of feeling forced to believe that you are powerless and / or trained not to react, to stay on a conscious level, because the impulses of the psyche remain suffocated “.

Thus begins a non-existence of false promises, based on the prohibition of using the key that leads to the awareness of imminent death. Our protagonist, however, captures the vital reference to disobedience and uses his key, which will continue to carry the bloodstain as an indelible call to life. When our inner desires do not correspond to the outer actions we are following the dictates of the inner saboteur, but the key continues to call us back to our true deep nature.

La chiave opens the door to the most intimate rooms of the psyche, which, if explored on a therapeutic path, bring an increase in the power of the self and a new vital introspection. The light that derives from introspection allows the arrival of the young woman's brothers, who must be understood as the animus, the emotional force ready to face the saboteur. 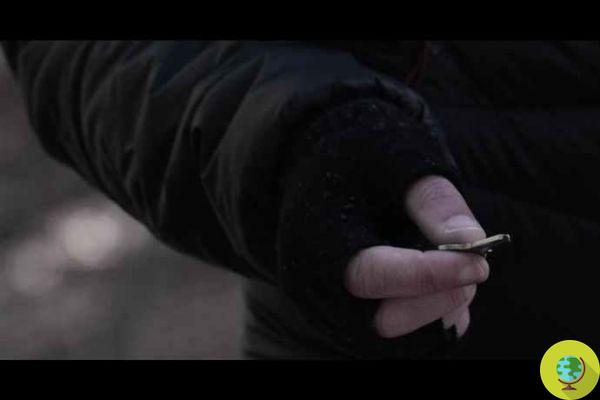 The questions I can help with this step are simple:
How do I feel in this situation / relationship? What is it that I ignore and do not want to see? Are there any limits in the expression of my personality that I forbid myself to manifest? Is there a connection between my feeling and my doing? What keeps me captured / threatened in a place where I don't want to stay as if to forbid other possibilities?

In the next appointment we will therefore face the figure of the Hero and you will understand the reason for this term.

Nb: all the quotes in the article refer to the book "Women who run with wolves" by Clarissa Pinkola Estes.

This is the second chapter of our journey, divided into four articles by Dr Alice Bacchin, psychologist and dramatist, separated on the theme of life-death-life cyclicality which will end with the emblematic preview of The Key - the journey (here the teaser) an emotional and sensorial short film by the video artist Michele Pastrello.

In the next appointment we will face the figure of the Hero.

Away with the surprise from Happy Meals: it encourages childhood obesity ❯

add a comment of Soul Journeys Part II: The Inner Persecutor and the Key to Awareness