Neanderthal man? He ate vegan and treated himself with natural pain relievers

Thirty-six thousand years ago, Neanderthal man followed a vegan diet and treated himself with natural pain relievers, with active ingredients very similar to those we find today in antibiotics and aspirin.

Thirty-six thousand years ago, Neanderthal man followed one vegan diet and cared with natural pain relievers, with active ingredients very similar to those we find today in antibiotics and aspirin (but also in many natural products).


The discovery comes directly from teeth of the hominids analyzed in a study published in Nature by a team of researchers, which through the tartar Neanderthal man has traced clues to the eating habits and not only.

Unlike the Belgian Neanderthals who ate rhinos and mouflons, those who lived in Spain followed a vegan diet, made up of pine nuts, mosses and mushrooms.

In the tartar of a teenager, traces of poplar bark from which acetylsalicylic acid, the active ingredient, is extracted aspirin and of the penicillium fungus which produces the antibiotic of penicillin.

According to the University of Adelaide team, both were used by the hominid to heal itself tooth abscess and an intestinal infection. Cavemen? Not so much, we could say, considering that already 40 thousand years ago they used modern medicine.

READ also: OFFICINAL PLANTS THAT CAN REPLACE PARACETAMOL AND IBUPROPHEN 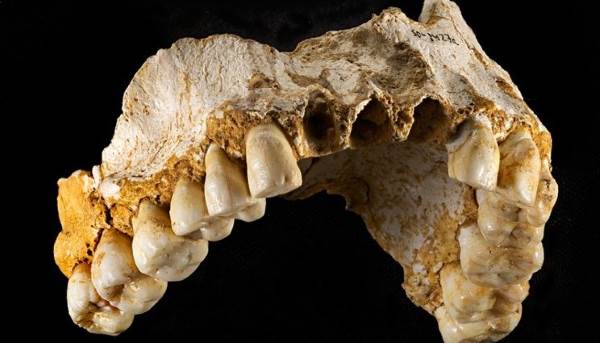 The research was coordinated by Laura Weyrich and examined the finds of five hominids originating from different areas of Europe, we focused on the analysis of dental plaques to find out more about the diet followed by Neanderthals.

La most interesting discovery concerns the remains found in the Spanish site of The sidron, here the researchers analyzed food remnants stuck between the skull's teeth, managing to go back to type of diseases who had struck that hominid.

In particular, in the jaw of a teenager, some lesions have been found that suggest an important abscess, while particular bacteria found in the stomach are the symptom of a serious stomach infection.

READ also: THE 5 NATURAL ANTIBIOTICS THAT ARE GOOD FOR OUR HEALTH

Both curated through the infinite properties of nature. The molecules found in the food tracks show that the hominid had ingested poplar, a plant known for its pain relieving properties, and had cured the abscess and stomach infection also using Penicillium mold, the fungus from which we still extract a antibiotic very important, namely penicillin.

In short, the confirmation that the men of the past were able to invent and manipulate the resources of nature to heal and feed themselves through the plants.

add a comment of Neanderthal man? He ate vegan and treated himself with natural pain relievers