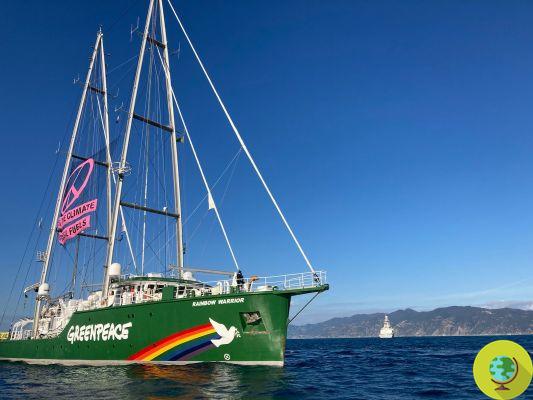 The report "Sin Italy: the remediation of Sites of National Interest". To reiterate once again that the problem of hazardous waste and that of illegal landfills must be tackled, and also quickly.


The Sin, the so-called Sites of National Interest The areas of our country where there is a high rate of soil, subsoil and surface water pollution are increasingly numerous. To the point of putting health and the environment at risk. Greenpeace, in his report, he counted as many as 57 to be reclaimed, which make up 3 per cent of the country's territory: 1.800 square kilometers of marine, lagoon and lake areas, double the Venice Lagoon and Lake Garda put together, for to be clear, and 5.500 square kilometers of land area. As many as 300 municipalities included in the SIN, for a total of about 9 million inhabitants.

Most often it is about abandoned industrial areas but also of areas where industrial activity is still bustling or still ports, former mines, quarries, landfills that do not comply with the legislation, and finally illegal landfills.

The accusation of the environmental association goes to government: "Just when the data on the heavy health impact of the non-reclamation of these areas begin to be accessible (with at least 10 thousand deaths attributed to the contamination of the SIN), the financial resources allocated by the Government to the reclamation seem to vanish, paving the way for emergency management and hypothesis of 'amnesty', such as the one introduced by art. 2 of Law 13/2009, which lead to dangerous 'shortcuts' for health and the environment ".

For this reason, in light of the data provided today through the report, Greenpeace he firmly reiterated that amnesties are equivalent to “one massacre that must be stopped ".

Not only. The reclamations, if carried out, would be a incentive to employment. “Reclamation - continues the association - can foster research and innovation, create occupation and safeguard the territory e human health. To transform them from problem to opportunity, however, there are some obligatory steps: the end of emergency management, the abolition of art. " .