Food fraud: watch out for Favignana tuna. It actually comes from Malta 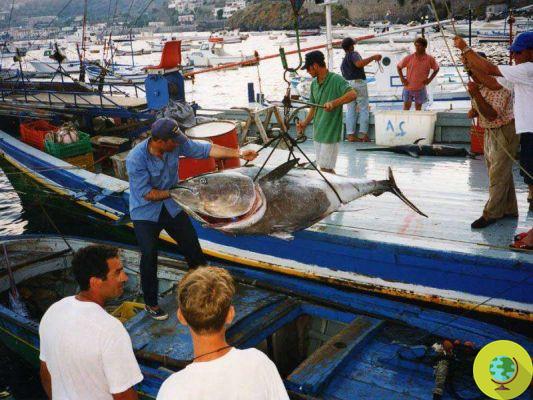 Fraud in commerce for the tuna from the island of Favignana, marketed as a local quality product: it actually came from Malta. The carabinieri of the Anti-fraud Units discovered this during the extraordinary checks arranged to protect consumers with the Safe Summer Operation.

Fraud in commerce for the tuna of the island of Favignana, marketed as a local quality product: it actually came from Malta. This was discovered by the carabinieri of the Nuclei Antifrodi.


The Army Command had received news of an irregular marketing of "Tuna di Mattanza di Favignana". The investigations launched made it possible to report to the Public Prosecutor's Office at the Court of Trapani the commercial fraud, carried out by a well-known local company marketing of canned tuna.

After analyzing the first information elements, it was discovered that llast documented tuna catch made by the Favignana trap dates back to 2007, for which the genuineness of the product was immediately doubtful in terms of origin and provenance.

When the first seizures were carried out, with the withdrawal of the goods, the checks on traceability and labeling revealed that the product came from a batch imported from Malta. Furthermore, although labeled with the indication in "extra virgin olive oil", it actually turned out to be treated with "refined oil". However, it was presented to tourists as a product of local excellence, at a cost of about 10 euros / 100gr.

Now the Carabinieri are verifying whether in the particular commercial sector it is a fraudulent practice that can be found in other cases, even if isolated. Controls will continue throughout the supply chain also in agreement with the Customs Agency, the Directorate General for Fisheries, the Inspectorate for Quality Control and Fraud Prevention of the Mipaaf and with the other national and local control bodies. When in doubt, however, here it is

6 good reasons not to eat tuna.

- The slaughter of bluefin tuna in Carloforte unmasked. Animal Equality investigation (video)
- Radioactive tuna: it is a hoax, but better not to eat it anyway

add a comment of Food fraud: watch out for Favignana tuna. It actually comes from Malta