Electronic cigarettes: from today prohibited to under 16s 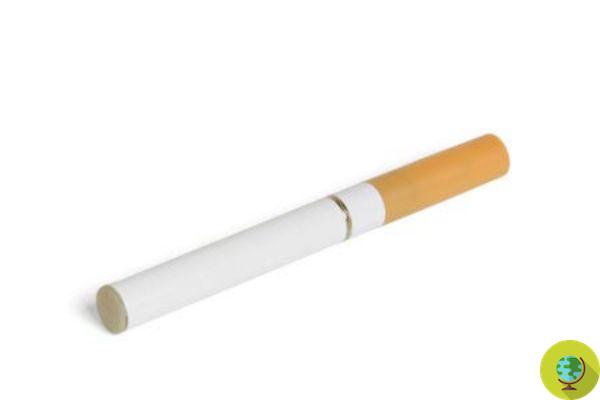 The electronic cigarette, or e-cigarette, is an electronic device that emulates real cigarettes in appearance and "functioning", with the aim of helping "repentant" smokers to quit smoking

La electronic cigarettethe E-Cigarette, is an electronic device that emulates real cigarettes in appearance and “functioning”, with the aim of helping “repentant” smokers to quit smoking. But is it really a safe and effective tool? As established by aordinance of the Ministry of Health published today in the official gazette, who points the finger at the risk that this alternative to blondes could equally lead to forms of addiction in young people, would cast a shadow on this device.

The Ministry of Health, banning its sale to persons under the age of 16 from tomorrowi, seems to confirm the previous suspicions, such as those of the World Health Organization, which in September 2008 considered it do not consider the electronic cigarette as a means to quit smoking, or like those of Health Canada, which in March 2009 advised to pay attention to the risks of intoxication and addiction to nicotine.

"Considering that it is not possible to exclude the existence of a risk that electronic systems induce nicotine addiction in minors to whom these items are freely sold", and that "the knowledge relating to most of the electronic systems in question" is lacking , reads the ordinance in line with previous suspicions, "the sale of electronic cigarettes with the presence of nicotine to persons under the age of 16 is prohibited". In short, doubt seems legitimate.

Of course! Because this instrument, equipped with a rechargeable battery, would allow to reduce the risk of cancer, but also to inhale a vapor containing, in addition to propylene glycol, natural flavors and glycerol, as well as nicotine. Furthermore, unlike other anti-smoking therapeutic drugs such as transdermal patches or nicotine gum, the amount of this substance contained in electronic devices remains unknown.

In short, while waiting to have a greater amount of scientific data on the unclear damage deriving from its consumption and an overall regulation of electronic devices, our Ministry, in the meantime, has run for cover, at least to protect young people.

And then the only truly effective method to combat nicotine addiction, as we had already reiterated on the occasion of the announcement of a vaccine to stop smoking, remains willpower. This has also been confirmed by the testimonies of many readers who have succeeded in the titanic undertaking without resorting to any external help, but gathering all the necessary conviction and determination exclusively in their own minds.

However, if you had decided to say stop smoking but think about not doing it alone, we recommend reading the book "Quitting smoking is easy (if you know how to do it)" by Allen Carr, a 192-page booklet that, according to those who have avidly devoured its pages, really works, allowing you to quit smoking immediately, permanently, without particular withdrawal crises, without drugs, physiological therapies or artifices and without gaining weight. “To quit smoking - wrote Carr indicating in the preface one of the cornerstones of his treatment - it is necessary to dismantle the reasons for which one smokes. Once the desire to smoke is eliminated, quitting is easy ”.

add a comment of Electronic cigarettes: from today prohibited to under 16s