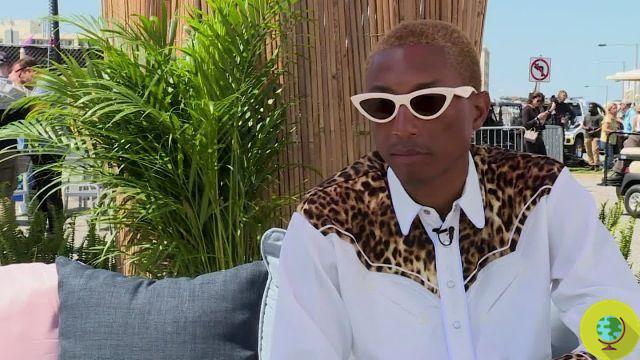 The oceans are increasingly polluted due to plastic waste that continues to reach their waters, forming real islands. How can we save the oceans from plastic?


- oceans are increasingly polluted because of plastic waste that continue to reach their waters forming real islands. How can we save the oceans from plastic?

Time Pharrell Williams challenges us to raise our awareness of ocean pollution with a video game. The idea was born from a collaboration with the clothing manufacturer G-Star RAW who created a line of clothes thanks to the materials obtained from the recovery of plastic in the oceans.

From this collaboration, the video game was born Battle For Big Blue, downloadable free for mobile devices fromApple App Store and Google Play. The goal of the game is to collect as much plastic as possible while avoiding the various obstacles.

The video game allows users to play alone, challenge a friend or start a race against Pharrell himself. The game is part of an app that allows you to discover alarming data on ocean pollution and on the damage caused by plastics to aquatic ecosystems.

To make the game easier, the waste protagonists of the challenge are above all the plastic bottles, but we must not forget that in recent years an even more serious problem has plagued seas, rivers and oceans: the plastic microspheres, waste so small that we hardly notice, but which represent a serious source of pollution until it becomes part of the food chain.

This video game has been designed for both adults and children, with the idea di raise awareness all on the subject of ocean pollution. Pharrell Williams edited the soundtrack. The hope is that there will gradually be a reduction in waste and perhaps inspire some people to take care in real life of going to collect the bottles abandoned on the beach.

Here is the video game presentation Battle For Big Blue.

PLASTIC: A BOY'S IDEA FOR CLEANING THE OCEANS IS REALITY. IN JAPAN SINCE 2016