Cold Pot: the natural air conditioner made of terracotta

For centuries, terracotta has been considered a valid material for keeping food and drinks cool. A low-tech method that today is far from past. In fact, it is possible to use special terracotta pots as an alternative to polluting air conditioners. The idea is called Cold Pot and is the work of the Swiss designer Thibault Faverie

For centuries terracotta has been considered a valid material for keep food and drinks cool. a metodo low-tech that today is far from past. In fact, it is possible to use special terracotta pots as an alternative to pollutants conditioners. The idea is called Cold Pot and is the work of the Swiss designer Thibault Faverie.

Creating it was super easy. The system in fact exploits the capacity of the material and those of water. A real natural and simple air conditioner that uses terracotta and evaporation to cool temperatures in an energy-efficient way, that is, without major energy demands. Cold Pot was created during the tenure of Faverie at the University of Art and Design in Lausanne.

Looking at it, it looks like a simple clay pot and materially it is but it is able to gradually lower the air temperature through the evaporation process. In this bio air conditioner, the porous surface acts in the heat exchange, absorbs the water from the inside and sends it to the outside surface through a rotating system. In contact with the air, the water evaporates. The passage from the liquid to the gaseous state causes the object to cool and consequently the internal tube of aluminum, where the air circulates and is then pushed outside. 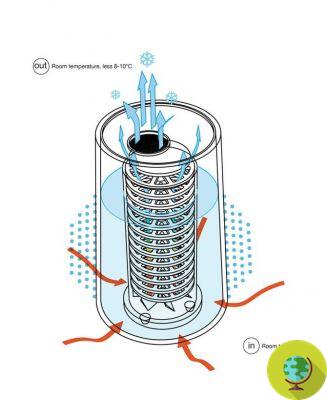 In addition to cooling function by evaporation, the inner tube contains aluminum strips, which are cooled by a small electric fan inside. The hot air enters through the large hole at the bottom of the vessel and is cooled by passing right through the internal device. 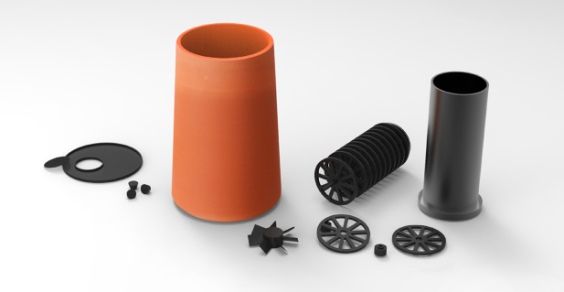 Minimal maintenance. Furthermore, according to its creator, just two liters of water are enough to bring the temperature of an environment to 10 °. Surely, to date Cold Pot is not able to cool very large spaces but it still manages to do so with small rooms, drawing inspiration from traditional methods and materials. 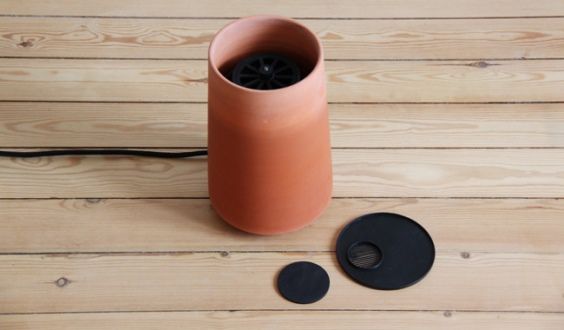 The only flaw, it is powered through electricity. But who knows that in the future the designer will be able to create one powered by the sun and maybe be able to really commercialize it.

add a comment of Cold Pot: the natural air conditioner made of terracotta