Apple, Amazon and Microsoft lie about their commitment to the climate crisis 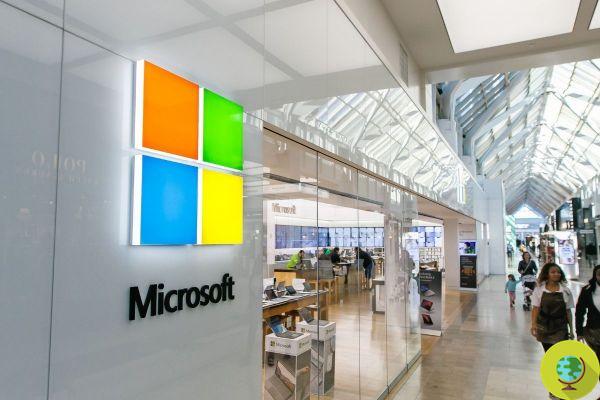 Some of America's largest (and wealthiest) companies - including Apple, Amazon, Microsoft and Disney - are turning their backs on climate change actions, despite their own promises for greater efforts to tackle pollution and global warming.


Most US businesses expressed concern about the effects of the climate crisis or announced its goals for cutting greenhouse gas emissions. Jeff Bezos, Amazon patron and currently one of the richest people in the world, said the climate crisis is the biggest threat our planet has ever faced: to face it, The Amazon is committed to reaching the zero emissions milestone by 2040. Microsoftinstead, it has promised to cease its greenhouse gas emissions within the decade while Disney will only use energy from renewable sources by 2030.

It seems a noble and commendable commitment on the part of these giants of the global economy, but the reality is quite different: a group of lobbies and organizations (which also include the most economically powerful companies in America) has indeed mobilized to oppose the bill proposed by the Democrats which contains previously unprecedented measures to reduce the production of greenhouse gases (defined by the leader of the Democrats in the Senate as the most important climate action in the history of the country).

The companies continue to tell us about their commitment to tackling climate change and creating a more sustainable future but, behind the closed doors of their boards, they finance the commercial groups that are fighting tooth and nail for stop the law that could really make a difference to global warming - denounce Kyle Herrig, author of the analysis published on Accountable.US. - Hiding behind these lobbies does not mean putting the environment at risk, but also the reputation of the companies themselves.

If it becomes law, the proposal would establish a system to zero CO2 emissions from the US electricity system, providing financing and concessions to support the transition to nuclear energy and the adoption of electric vehicles in companies. This is the most challenging climate protection bill of the last decade - coming just as the world's scientists warn that the time to try to save the planet and avert the disastrous consequences of the climate crisis is running out. Failure to pass this law, therefore, would represent much more than the failure of the environmental policies promoted by the Biden administration: it would hinder the US commitment to the climate.

In India it's getting hellishly hot like never before

At the Venice Film Festival, a short film on the climate crisis makes us reflect: this is what awaits us if we do not immediately do something

add a comment of Apple, Amazon and Microsoft lie about their commitment to the climate crisis