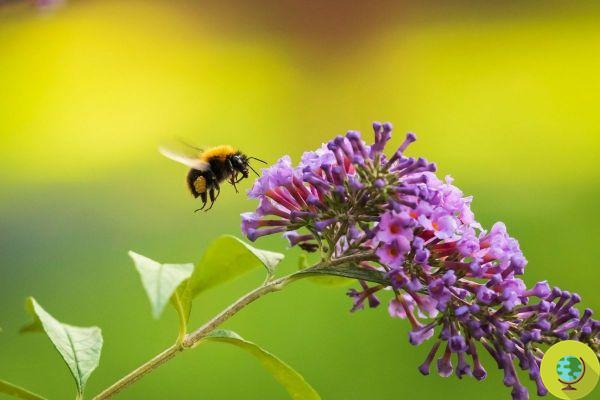 According to the Bristol researchers, the quality of plants and flowers beats the actual square footage of the garden for bee conservation.

According to the Bristol researchers, the quality of the plants and flowers grown beats the actual square footage of the garden for bee conservation - just choose the right plants


Often people don't think about how much may our cities also become more hospitable to animal populations and how small tricks can make a difference to save entire species. Residential gardens, for example, however small and seemingly weightless in the urban ecosystem, can become a valuable habitat for pollinating insects and save these small animals from extinction caused by pollution and climate change.

This is what emerges from a new study conducted by researchers at the University of Bristol, in the United Kingdom, according to which the size of the garden does not matter on the benefits it can bring to insects, if obviously designed appropriately: a small garden full of flowers is better than a large garden that is not a favorable environment for the proliferation of pollinating insects.

The researchers examined 59 residential gardens in the city, at monthly intervals from March to October last year, for a total of 472 surveys: during each of them, data relating to the number of flowers present, diversity and composition were considered. of the nectar offered by the garden, but also to the quantity of sugar present in the nectar.

Surprisingly there was no difference in the sweetness of the nectar between small and large gardens, but only according to the seasons and the climate: the sweetest nectar is produced in mid-July, when the flowers are at the moment of maximum bloom - even if the presence of different flowers guarantees a good stability in the quantity of nectar throughout the year.

Most of the nectar comes from non-native flowers (91% of the total), with shrubs being the type of plant that contributes most to nectar production (58%). Two thirds of the nectar is usable only by more specialized pollinating insects, while the remaining 33% remains available to all other insects.

The study shows that the Diversification of plants and flowers in a residential garden can make a difference to the survival and prosperity of pollinating insect populations in urban areas - more than the actual size of the gardens. Researchers therefore recommend planting nectar-rich shrubs in their gardens, which have complementary flowering periods and always guarantee nourishment for the bees.

Angelo and Valerio, the farmers who are creating a market of ancient seeds to fight GMOs and multinationals ❯