Zika virus: the infection could be transmitted by the Culex mosquito 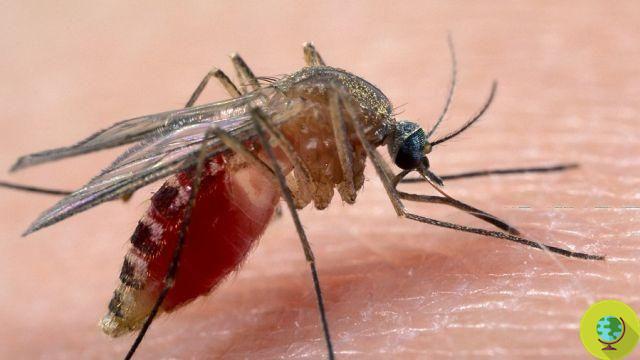 The Zika virus, according to a new study, could be carried by a more common mosquito. So far, Aedes aegypti has been held the main culprit but now new research indicates that it could be another mosquito that is shaking Latin America: it is Culex Quinquefasciatus.

Il virus Zika, according to a new study, it could be carried by one most common mosquito. So far, the Aedes aegypti was held the main culprit but now new research indicates that it could be another mosquito that is shaking Latin America: it is the Culex quinquefasciatus

According to the research, conducted by Oswaldo Cruz Foundation, it could be the Culex mosquito, much more widespread than the Aedes aegypti, to transmit the Zika infection. And that's not good news as it could go further complicate efforts to limit its spread.

Initially, the Aedes aegypti mosquito species was considered the main vector of the Zika virus, which in turn, in the opinion of many, was linked to birth defects that have recently become widespread in Brazil and other countries in Latin America and the rest of the world. Caribbean.

The research is part of an ongoing process in which researchers injected 200 Culex mosquitoes with blood infected with the Zika virus. The virus circulates through mosquitoes' organs and their salivary glands and could be transmitted through bites.

This means that the Brazil may be facing an even tougher fight against the Zika virus. The Culex mosquito is the most common species in the country. This would also explain the replication and transmission speed of the virus. This mosquito is also found in more temperate climates. Unlike the Aedes aegypti, it could keep a virus circulating even during the cold months.

There has been evidence of other Zika-related mosquitoes. For example, researchers have found more than 20 species carrying the virus to Africa, although it is still unclear whether and which ones transmit the disease to humans.

Much remains unknown about the Zika virus. So many doubts, from the alleged connection with microcephaly in children to the bond with the GM.

For its part, Brazil has confirmed more than 640 cases of microcephaly, many of which could be related to Zika infections in mothers. The country's health authorities are investigating more than 4.200 additional suspected cases. Traces of the Zika virus have been found in the body fluids and tissues of mothers and babies with microcephaly.

News that certainly does not make you sleep peacefully.

THE ZIKA VIRUS ARRIVES IN EUROPE: WHAT IT IS, SYMPTOMS AND TREATMENT

ZIKA: WHAT LINK IS BETWEEN GMOs AND THE DIFFUSION OF THE VIRUS?

VIRUS ZIKA: WHAT YOU MUST DO WHO GOES ABROAD (AND NOT ONLY)

MICROCEPHALIA EPIDEMIC AMONG INFANTS IN BRAZIL: THE FAULT OF A VIRUS TRANSMITTED BY MOSQUITOES?

Sheep virus, what it is, symptoms and how Q fever is infected ❯

add a comment of Zika virus: the infection could be transmitted by the Culex mosquito