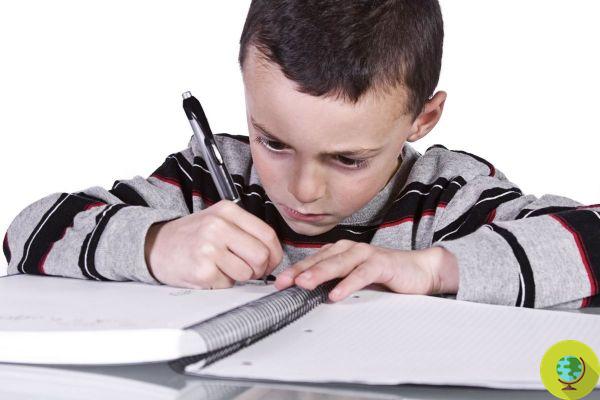 A recent study has shown how, for learning a new language, handwriting is much more effective than mechanical writing on a PC or tablet.


The computer screen is now more and more part of our life - also thanks to the global pandemic that has radically transformed our way of working, studying, socializing. Almost everything has materialized and become virtual, and learning is no exception: distance learning, video lessons and online courses have been the daily bread for students from all over the world - but with some consequences.

In fact, according to a new study, pen writing proves to be far more effective for learning than typing on a keyboard - especially when it comes to learning a new language. The researchers tested 42 volunteers struggling with learning the Arabic alphabet: some of them practiced with pen and paper, others did it using a keyboard, still others through video lessons. Those who practiced manually not only learned alphabetic characters faster, but were also able to use the skills they learned in other areas - for example, using letters to create new words or recognizing never-before-seen words. Certainly those who used the keyboard as a learning medium had good results in recognizing characters, but those who used pen and paper needed fewer lessons to achieve a good result and a low level of errors.

(Read also: Handwriting is in danger of disappearing. The alarm from the Accademia della Crusca)

It is very important that children, encouraged by parents and educators, spend time writing by hand - explains the cognitive scientist Brenda Rapp, among the authors of the study. - One might ask, of course, what is the point of improving handwriting in a world that is increasingly digitized. But the real question is whether there are other benefits of handwriting in the areas of reading and comprehension that we are striving to discover.

The researchers tested the three groups of volunteers to deduce a kind of 'general rule' of learning, and the handwriting group performed better in all tests - letter recognition, handwriting, word spelling, reading. Thus, the benefits of learning by handwriting go far beyond achieving beautiful handwriting and involve different areas of language proficiency. But there is more: it seems that the new knowledge is better 'crystallized' in the brain using handwriting.

Sunburns: Here are the natural remedies that really work ❯

add a comment of Writing by hand is better than the keyboard for learning a new language, studying