'Wine' headache: this is what it is due to 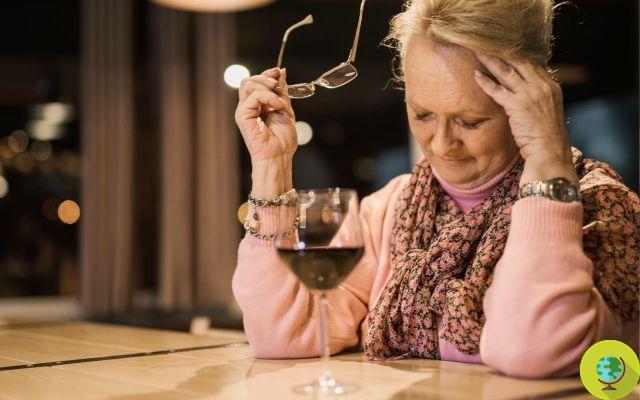 Headache or nausea: the so-called "wine sickness" are due to the presence of biogenic amines.


Possible, as well as accusing nausea o abdominal pain. No intolerance, but the fault of the so-called "biogenic amines”, Substances that are formed during winemaking and produce compounds that in some can have negative effects on health.

Unlike sulphites, these amines are also found in organic wines and can cause those "wine ailments”Which have nothing to worry about.

READ also: HOW TO READ OIL AND WINE LABELS: THE GUIDE

“Many will have happened to drink good wine, suffering after a while, if not the next day, from physical ailments usually related to the consumption of a product rich in sulphites. But it is not only sulphites (also present in organic wines) that create negative reactions in our organism ”, explains biologist Sabina Rubini, an expert in food safety.

“Biogenic amines are created in the winemaking phase, are obtained from biological cycles / processes by lactic bacteria present in must and wine, and are capable of producing compounds that have negative effects on health. These are nitrogenous compounds deriving from specific amino acids that can be found in many foods such as fish, vegetables, cheeses and meat products, with concentrations even higher than the quantities found in wine. Being biologically active substances in the human organism and indispensable moreover to carry out important physiological functions, in most cases they tend not to cause negative effects ".

Where are biogenic amines found

Not all biogenic amines are toxic, but some of them (adrenaline, noradrenaline, serotonin, histamine) also perform important physiological functions, acting, for example, as hormones or neutotransmitters.

If biogenic amines are ingested in too high concentrations, the biologist Rubini now explains, or in the event that "the detoxifying action of the organism is inhibited due to the presence of ethanol or drugs", various toxic effects and allergic reactions can occur.

The biogenic amines, the quantity of which varies from wine to wine, with greater toxicity in the drink are:histamine, which can lead to headache, rash, nausea, vomiting, abdominal cramps and respiratory cramps; there tyramine, capable of inducing headaches, salivation, respiratory problems, hypertensive crises; putrescine, β-phenylethylamine and cadaverine which can enhance the effects of the first two.
Ailments that have the possibility of increase due to an accumulation effect if a susceptible subject tends to consume wine together with foods containing these same amines.

Is there legislation setting limit values ​​for these substances? Not yet, although some European countries have decided to recommend gods, for example for histamine in wines maximum values between 2 and 10 mg / l.

How then? Well, if you know that wine can have this effect on you, just avoid drinking. They are not ailments that can lead to serious pathologies, but why get them?

Headache: Cutting down on salt can help decrease attacks ❯

add a comment of 'Wine' headache: this is what it is due to