WHO: Insect bites put 80% of the world's population at risk 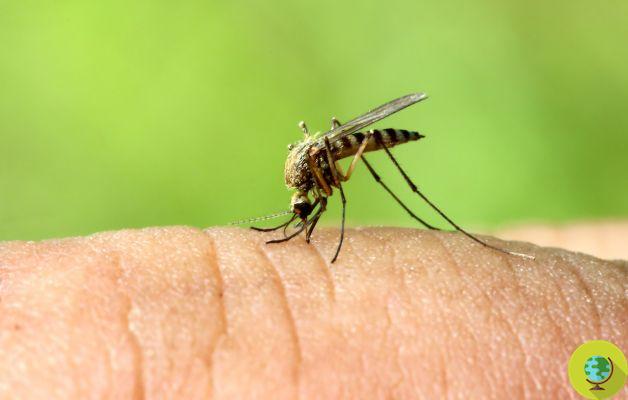 Insect bites can cause infectious diseases that are sometimes fatal. According to the World Health Organization, more than 80% of the world population is at risk of contracting vector diseases (insect infections), 40% even two or more diseases.

Le insect bites can cause infectious diseases, sometimes even fatal. It is no coincidence that the World Health Organization estimates that over 80% of the world population is at risk of contracting vector diseases (insect infections), 40% even two or more diseases. And to cope with this emergency, the WHO has drawn up a new plan and new investments to reduce the danger and the consequences.


Il danger largely concerns sub-Saharan Africa and the tropical and subtropical regions of the planet, where flourishing vegetation and high temperatures make them ideal places for a unique biodiversity of threatening arthropods.

These same animals, in short, are often vectors of serious pathologies which according to statistics kill well 700 thousand people every year. And as if this were not enough, if on the one hand a lot has been done against some of them, just think of malaria, for many others little or nothing has been concluded from the point of view of prevention and surveillance.

It follows that in the most threatened places, which are also the poorest areas of the planet, health services are often inefficient and that even tools that may seem trivial to us such as insecticides or simple mosquito nets are not accessible to everyone.

The main vectors of serious infectious diseases are mosquitoes, flies and ticks.

Some of these diseases are also spreading rapidly due to uncontrolled over-urbanization and climate change, but also due to trade and the massive number of international travel.

For this reason, the WHO has developed a "Comprehensive response plan”Which it wants to reduce by 2030 of 75% mortality from vector insect bites, through an insect control program to be aligned in all countries. In addition to new infrastructures and a more targeted involvement of communities, we also want to enhance specialized professional figures such as that of the entomologist, or the biologist who studies insects.

As outgoing WHO director Margaret Chan noted the spread of Zika virus disease, the resurgence of dengue and the emerging threat of chikungunya are the “result of too weak control policies since the 70s. It was during that decade that vector control funding and efforts were greatly reduced. "

Today, the new program, which provides for an increase in spending from one cent per person to five cents per person, for a total of 330 million dollars, includes interventions for scientific research, the study of new repellents and insecticides and the creation of a bacterium that can block the life cycle of viruses within the vectors, so as to reduce the danger of bites.

Insect bites: where and why they are dangerous

Food homologation: the diets of the peoples of the world are increasingly similar ❯

add a comment of WHO: Insect bites put 80% of the world's population at risk