WHO accused: studies on the non-carcinogenicity of coffee and red meat would not be independent

Here we go again, even on the carcinogenicity of coffee, processed meat and cell phones there are those who bet that the research carried out by the National Agency for Research on Cancer of the World Health Organization, are not totally independent studies.

Here we go again, even on the carcinogenicity of coffee, processed meat and cell phones there are those who bet that the research carried out by the National Agency for Research on Cancer of the World Health Organization, are not totally independent studies.


There would be some discontinuity between the draft and what was actually published some time ago. A long list drafted by 22 experts from ten IARC countries, in which 116 elements were under accusation because they were classified as potential carcinogens.

Among these were also the coffee and processed meats, but after some time Iarc himself had determined that there was not enough evidence to make such a claim, giving the blessing to both one of the most drunk beverages in the world and processed meats.

A dynamic that reminds us so much of that of glyphosate, where, however, it was possible to demonstrate that the documents published by EFSA were not independent at all, but copied from a Monsanto report that certainly went in favor of its prestigious pesticide.

Now what? Two US congressmen, as reported by the Daily Mail which takes up a Reuters investigation, argue that there are important changes between the draft and the published version, where in fact coffee and meat were first condemned and then as if by magic acquitted.

The two congressmen say they are concerned about the scientific integrity of the report and for this reason they sent two letters to the IARC, asking the WHO to verify the reason for this discrepancy.

The letters have been included in the investigation file, but so far the IARC supports the thesis that its evaluation methods are scientifically sound, and that the publications would have nothing abnormal, following a standardized and transparent process.

No conflict of interest, the IARC reiterates, but the congressmen Lamar Smith e Andy Biggs, they are not so sure, because according to them, it would not have acted clearly. 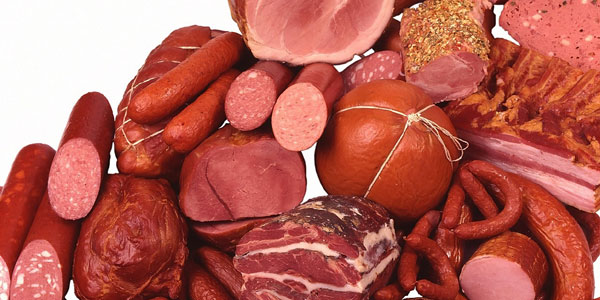 We talked about the possible carcinogenicity of meat and coffee here:

Citing data from the National Institute of Health of the United States (NIH), Wild said that since 1985, the IARC has received more than $ 48 million from NIH, of which more than $ 22 million has been spent on monographic publications. And he asks to provide "names and information of all entities affiliated with the body who will serve as potential witnesses for this hearing."

WHO: Insect bites put 80% of the world's population at risk ❯

add a comment of WHO accused: studies on the non-carcinogenicity of coffee and red meat would not be independent