When someone gives up, they can die in 3 weeks. It is psychogenic death, the word of science

A person can die simply because he has given up and feels that defeat is inevitable - here is psychogenic death.

According to new research, a person can die simply because they have given up, life has been adverse to them, and they feel that defeat is inevitable. It happens in 3 weeks, but it can go back


It is not a suicide, it does not depend on depression, but it is just the act of giving up life and usually dying in a few days, a very real condition often linked to severe trauma. Here it is psychogenic death, which comes in that terrible moment when you decide that you have nothing left to live and fight for and you let yourself die. But how and when can this happen?

To describe it is John Leach, professor of psychology at the University of Portsmouth, in the United States, who clarifies that it is a death that comes not because you are sick, but because you simply let go. Usually follows a trauma from which a person thinks there is no escape, making one think of death as the only rational result.

There is the possibility of "changing your mind" but, in the worst case, death usually occurs three weeks after the first stage.

The study, published in Science Direct, describes psychogenic death as a condition in which people develop an all-encompassing apathy and unwillingness to live, although there are actually no organic causes.

If already many researches had determined relationships between pessimism or the lack of will to live and the incidence of some pathologies, psychogenic death seems to be something that goes beyond: it is a sort of progressive psychological deterioration which however leads to a definitive result on our body.

Unlike the broken heart syndrome, manifesting with symptoms that can mimic acute coronary artery disease, psychogenic death is not preceded by these signals. On the contrary, it intervenes when, after having suffered a shock, it is decided deep down that going forward no longer makes sense.

The cause? It could be the deterioration due to the malfunction that occurs in the anterior cingulate cortex, the part of the brain responsible for motivation and which is the basis of the behavior that allows the achievement of goals.

The 5 stages before psychogenic death 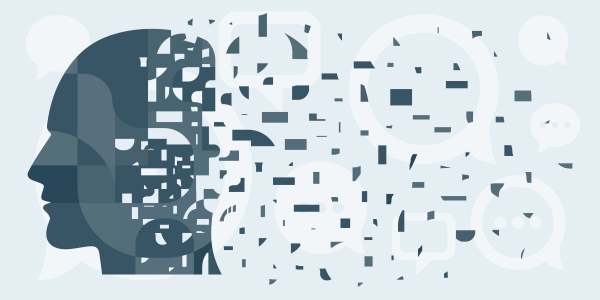 Scientists believe that psychogenic death occurs once they are overcome five stages:

It can happen that a bad episode pushes a person to withdraw into himself and become indifferent to emotions.

A typical "demoralizing melancholy" very widespread, for example, among prisoners of war and in those who have survived sinking in a ship or plane. Those who suffer from it are no longer interested in a dignified life, no longer care, no longer wash and no longer keep their home clean.

It is the total lack of motivation, the ability to make decisions and a gradual reduction of emotional responses. We find it difficult to carry out even small daily actions, even eating and taking care of ourselves. But it is a stage where one can still be motivated by others, albeit at times with strong methods.

A further drop in motivation. The person is conscious but in a state of profound apathy and unaware or numb to the point of extreme pain and continues to lie in their own waste.

A lack of pain response is described in a case study in which a young woman, later diagnosed with psychic akinesia, suffered second-degree burns while on the beach because she had not removed herself from the heat of the sun. Usually this phase lasts 3-4 days and then leads to the fifth (and last) level.

Dr. Leach describes this final stage as the disintegration of a person.

"When someone then gives up, nothing, no warning, no heartbeat, no pleading can make them want to live." It appears briefly as if the "empty mind" phase has passed and has been replaced by what could be described as direct behavior to the goals, but the paradox is that, while there is often a flicker of goal-directed behavior, it seems that the goal itself has abandoned life “.

It therefore corresponds to the moment when the will to live is completely gone and leads to disintegration.

Dramatic to say the least, but thankfully it is not an irreversible process. If the sufferer is not left alone and, with the help of someone, becomes aware of his situation and regains control of his life, he has all the tools in hand to recover.

When the tobacco industry influences science: article on protective role of smoking against Covid-19 has been withdrawn ❯

add a comment of When someone gives up, they can die in 3 weeks. It is psychogenic death, the word of science