When shopping for dried sage, you may be faced with possible food fraud 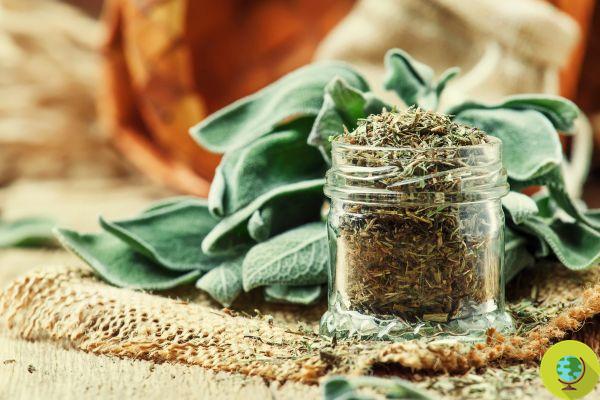 When we buy dried sage we would never think we are faced with a possible food fraud. Well, after the discovery of the Belfast Institute for Global Food Security (IGFS), we may change our minds. More than a quarter of the samples analyzed by the new research were in fact adulterated.


The team leading the research, led by Professor Chris Elliott OBE, founder of IGFS, had previously uncovered similar fraud in oregano supplies. At the time (2015) the research, conducted in collaboration with the consumer organization Which?, Had found that about one in four samples contained “extra” oregano ingredients, obviously not indicated on the label.

History now repeats itself. In the new studio, 19 samples of sage were examined between August and September 2020 at the IGFS in Belfast. The samples were bought from leading online retailers but also in UK supermarkets and small independent shops including ethnic grocery stores.

The analyzes were performed by Bia Analytical Ltd, an IGFS company specializing in food authenticity testing.

As was the case with the oregano, more than a quarter of the sage samples were found to be adulterated, some up to 58%. Additions to sage have been found olive leaves and other plants, probably used as they are less expensive.

Although detected leaves are not considered harmful, food fraud always carries some potential risk to food safety and public health.

“I am sad to confirm that we have once again identified a major supply chain problem associated with delivering herbs and spices to the UK consumer. The possibility of cheating in these supply chains has been recognized as a global issue. Tests showed that just over 25% of all sage samples tested were heavily adulterated. "

In reality, the situation of oregano from 2015 to today seems to have improved considerably. As Professor Elliott always stated:

“I am pleased to report that after the shockwaves caused by our original oregano study in 2015, only one incidence of oregano adulteration was found in our new investigation. This clearly shows that controlling supply chains substantially reduces the incidence of fraud".

If we want to avoid buying dried sage, especially if we are not sure of its quality, we can always grow the plant on the balcony or in the garden and use it when needed, fresh or after drying it.

Do you get goosebumps when you listen to music? You have a special brain! ❯

add a comment of When shopping for dried sage, you may be faced with possible food fraud