What the Health: this is how industrial foods are poisoning us, the documentary (VIDEO)


From Cowspiracy directors Kip Andersen and Keegan Kuhn comes a new documentary dedicated to the health effects of industrial and animal-based foods. After investigating the environmental impact of farms, the two directors focus on the effects of food on our body.

In recent decades, the diet of rich countries has been based above all on processed foods of industrial origin and on products of animal origin. The documentary aims to deepen the subject ea unmask the network created by the pharmaceutical industry, governments and that part of the medical community that continues to support an incorrect eating style in favor of their own interests.

When they began conducting research on the subject, the filmmakers tried to understand what major health organizations had to say about nutrition and were completely shocked to find that citizens are often encouraged to consume products of animal origin and of industrial origin, starting with the meat.

The trailer of the film immediately goes to the heart of the problem: the production of industrial and animal-based foods generates a millionaire turnover which the healthcare sector and the pharmaceutical sector would be very interested in. 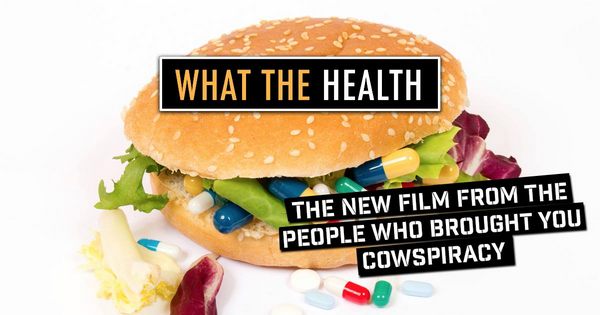 La preventive medicine and the very act of educating citizens to improve their health to protect themselves from any disease are considered a real one threat to the system. Speaking of such delicate topics, the two directors are afraid of taking risks but still want to bring out the truth. They decided not to give up and to finance the new documentary with a crowdfunding campaign launched on Indiegogo which is having great success.

The documentary is currently in progress but is already available on trailer in English. Look at the video.

Fonte foto: What the Health

FOOD RELOVUTION: THE DOCUMENTARY THAT WILL CHANGE THE WAY YOU SEE MEAT

15 FILMS AND FOOD DOCUMENTARIES THAT EVERYONE SHOULD SEE

Wet market: for the WHO, wet markets should not be closed, despite their role in the pandemic ❯

add a comment of What the Health: this is how industrial foods are poisoning us, the documentary (VIDEO)