What makes us happy? These 5 things were identified in 1969 and are still very current 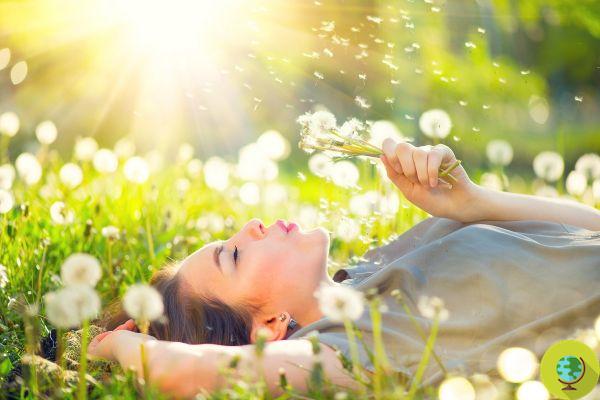 In 1969, before everyone was interested in happiness, someone was already talking about it. Here are 5 things he discovered, still very relevant.

In 1969, before everyone was interested in happiness, someone was already talking about it. Here are 5 things he discovered, still very relevant.

Over time, a great deal of research has been conducted on happiness, but perhaps not everyone knows Norman Bradburn. In 1969 he published "The structure of psychological well-being", a very important and decidedly revolutionary text, anticipating in a certain sense the so-called positive psychology, which seeks to enhance the positive resources and potential of the individual.


As PsychologyToday points out, Bradburn, even before the positive psychology movement was born, realized that happiness does not occur when we eliminate negative emotions, but that one must work on one's positivity independently.

Here then are 5 things, still very topical, which in his opinion influence happiness.

Based on the data collected, Bradburn found that happier people usually have a higher quality social life than others. Among the most common positive experiences among the happy were meeting new people, making new friends, traveling long distances, meeting friends.

Learning something new makes us happier

Learning something new every day makes us happier, Bradburn's word. According to which the more curious people, and therefore more inclined to discover new things, feel better.

Income is not that important to well-being

Bradburn realized that well-being is not particularly affected by income, except in the case of severe economic hardship. In fact, he noticed that those with low incomes and heavy family responsibilities tended to be less happy. But in other cases the saying “money does not bring happiness” applies.

Education increases happiness (but not too much)

Analyzing demographics, Bradburn found that adults with eighth grades were very happy at 26% versus 37% of high school graduates and 39% of college graduates. A difference that is not too marked but still significant, correlated in his opinion to the greater opportunities that the more educated people would have.

Working on positivity makes you happier

Bradburn argued that eliminating negative emotions from one's life does not affect the level of happiness. For example, if a person eliminates the feeling of panic, he will not feel pleasure as a result. In his opinion, precisely for this reason, it is not enough to work on negative emotions to feel better but also to develop positive emotions independently.

What you need to eat to increase blood platelets ❯

add a comment of What makes us happy? These 5 things were identified in 1969 and are still very current