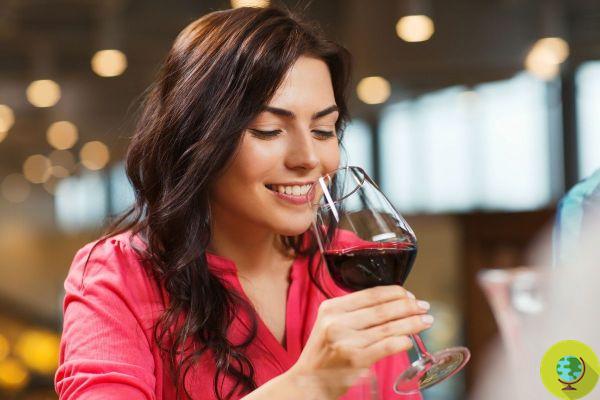 A new study reveals that drinking alcohol is harmful to the brain, and there is no evidence that red wine has any health benefits

A new study reveals that any alcohol consumption can prove to be harmful to the brain and has found no scientific evidence that daily red wine intake has any health benefits over beer or other spirits.


There is no amount of alcohol that is beneficial to the brain - not even the 'moderate' drinking so far recommended by doctors. This is what a British study conducted on more than 25 thousand people reveals. The pre-print research results suggest that the more we consume alcohol, the more our brain size decreases. Basically: the more you drink, the more your brain gets poorer.

“There is no minimum alcohol threshold that is good for your health - alcohol is always bad for you. The whole brain seems to be affected, not just specific areas as previously thought, ”he explains Anya Topiwala, who led the study.

Using a database created to help better understand the genetic and environmental factors that lead some people rather than others to develop certain diseases, the researchers cross-referenced data from 25.378 people regarding age, gender, education level, alcohol consumption and size of brain (detected with MRI). Higher alcohol intakes were found to be associated with lower gray matter density - specifically, a 0,8% change in blood volume was observed. Grey matter in association with alcohol consumption. It might seem like a very low figure, yet it represents a much higher brain modification than other health-damaging behaviors: think, for example, that it is four times the damage caused by smoking.

(Read: What happens to your eyes after drinking even just a glass of wine or a beer)

The harms of alcohol consumption are also reflected in the integrity of the so-called white matter, or the nerve fibers that connect the brain and spinal cord. Furthermore, in individuals where other physical conditions such as high blood pressure or a high body mass index (BMI) coexist, this damage is even higher.

Contrary to previous studies that suggested drinking wine (moderately!) Due to its positive health effects, this study did not show that the type of alcoholic beverage makes a difference in the type of damage done to the brain. Likely the association between drinking wine and achieving higher cultural standards and better socioeconomic status could explain the purported health benefits, according to the researchers.

What Happens to Your Brain If You Take Short Breaks, New Study Unravels the Secret of Learning ❯