What happens to your body as you get older? The answer found by scientists in a… fish

According to recent research as we age our immune systems are weaker and produce fewer diversified antibodies. All of this makes us more susceptible to infections and possible relapses.

As we age, ours immune system it works less well. We become more susceptible to infections, and vaccinations no longer work as effectively.


A research group led by Dario Riccardo Valenzano studied whether killifish suffer from the aging of the immune system. (Read also: You wouldn't have said it, but these are the 3 big (and true) secrets to living long according to scientific studies)

Scientists have found that already at four months of age, killifish have antibodies less diverse than in younger fish, which may contribute to a general decrease in immune function.

The immune system must constantly respond to new attacks from pathogens, and remember them to be protected during the next infection. To do this, B lymphocytes build a repository of information and produce a variety of antibodies that can directly recognize pathogens.

Dario Riccardo Valenzano, who led the study, stated that:

It is difficult to study a human's immune system throughout his life, because humans live very long. Also, in humans you can only study antibodies in peripheral blood, as obtaining samples from other tissues is problematic. For this reason we have used killifish. It has a very short life and we can get probes from different fabrics.

Killifish are the shortest lived vertebrates, which can be kept in the laboratory. They only live for three to four months, age over a period of time and, in recent years, have become the focus of research on aging precisely for these characteristics. 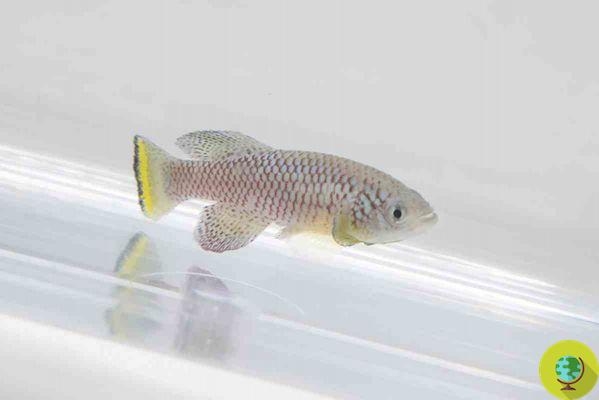 The researchers were able to characterize all the antibodies produced by the killifish with high precision. They found that older fish had less overall antibody diversity than younger fish.

So, according to scholars, if we have fewer different antibodies as we age, we consequently have a reduced ability to respond to infections.

Now the goal is to investigate further why B lymphocytes lose their ability to produce different antibodies, and whether they can eventually be rejuvenated in the killifish and thus regain this ability which is lost over time.

add a comment of What happens to your body as you get older? The answer found by scientists in a… fish