What happens to our brain when we read? Does it all depend on the left side? Maybe not 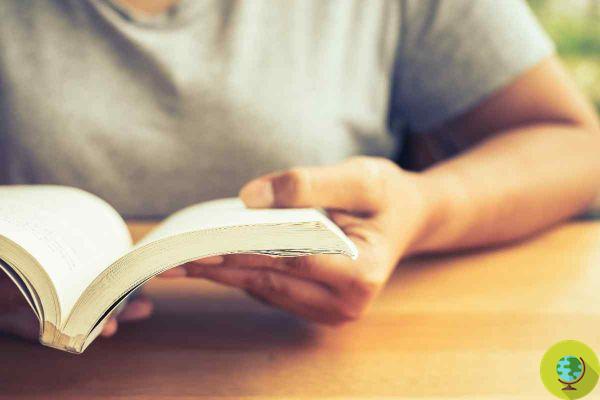 According to a recent research, our reading skills and skills related to phonological processing do not seem to be connected exclusively to the left hemisphere of the brain.

Our ability to look at abstract symbols and map them to sounds is one of the key skills in becoming a competent reader.


In academia, this process is known as phonological processing and this ability can vary from person to person, with conditions such as dyslexia which make it more difficult for some people.

In a new study, a team of researchers tested two seemingly opposing hypotheses about how brain structures relate to reading ability.

The human brain is naturally asymmetrical, and some of the structures on the left side are thought to be involved in language processing; according to the hypothesis called 'cerebral lateralization', the greater the asymmetry, the better the reading ability.

On the other hand, it could also be that the presence of left brain asymmetries simply reinforces the traits needed to read, what the team calls the 'channeling hypothesis'.

(Read also: So reading the books 30 minutes every day changes your brain, the confirmation of neuroscience)

Researchers at the Medical University of South Carolina used magnetic resonance imaging (MRI) data from previous research to identify asymmetrical structural differences in the brains of more than 700 children and adults.

Participants were also asked to perform reading skills tests, including those that required them to spell out pseudowords: that is, invented words that involve a high degree of processing because our brain is not affected by them, this is called phonological decoding.

Once the researchers determined the levels of brain asymmetry, they found that when the brain region of the left hemisphere was considered, greater asymmetry was associated with better performance in reading activity.

Each lobe of the brain is specialized in its capacity; the left side is generally associated with language-related processes, but previous research has shown activities in the right hemisphere related to language-based tasks.

Lead author of the new research, Mark Eckert of the Medical University of South Carolina stated that:

The new findings indicate that structural brain asymmetries are related to the normal development of a speech sound processing ability, which is important in establishing competent reading.

Strangely, though, performance in pseudoword reading was unrelated to asymmetries in the left hemisphere, which is known to be linked to specific language functions.

Hence, that leaves an open question as to how exactly these structural brain asymmetries, on a larger scale, affect people's reading skills.

Probably, a greater degree of asymmetry within the left hemisphere can allow for more efficient phonological processing, but our reading ability is not only related to this hemisphere.

What happens to your body, blood pressure and blood sugar if you replace white bread with wholemeal one ❯

add a comment of What happens to our brain when we read? Does it all depend on the left side? Maybe not