Weightless: LISTEN to the song that relieves stress and makes you relax 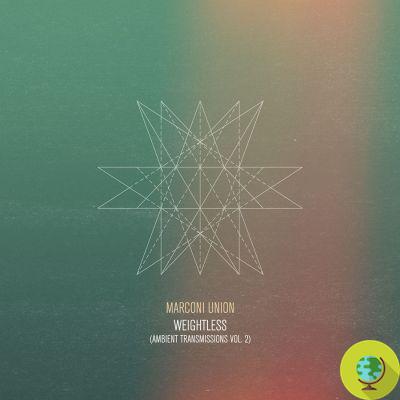 Listening to music is very relaxing and soothing, but there is a particular song whose notes have the power to reduce anxiety by up to 65%. The confirmation comes from a British study, conducted by Dr. David Lewis-Hodgson of Mindlab International

To listen music is a lot relaxing and soothing, but there is a particular song whose notes have the power to reduce anxiety by up to 65%. The confirmation comes from a British study, conducted by Dr. David Lewis-Hodgson of Mindlab International.


The "therapeutic" song is Weightless. Sound-based therapies have been known for some time and have been shown to be effective in increasing relaxation. For centuries, indigenous cultures have used music to improve their well-being and health conditions.

The study was conducted on a series of volunteers who were asked to solve difficult puzzles as quickly as possible. Solving the task increased their stress levels, but in the meantime the participants listened to several songs, while the researchers measured their brain activity and other parameters including heart rate, blood pressure and breathing rate.

According to Dr. David Lewis-Hodgson who led the research, Weightless was the song that produced the greater state of relaxation compared to any other newspaper to date, to the point of reducing participants' overall anxiety by up to 65 percent.

In reality it is not just any song, but a set of notes put together with this precise purpose. The group that created "Weightless“, The Marconi Union, did it in collaboration with the sound therapists. Her carefully arranged harmonies, rhythms, help slow down the listener's heart rate by reducing blood pressure and lowering levels of cortisol, the stress hormone.

Listen to the song that relieves stress and makes you relax here:

Dr. David Lewis-Hodgson has explained that Weightless was so effective as to promote sleep, which is why he advised against listening to it while driving.

READ also: THE MAN WHO TREATS WITH MUSIC (VIDEO)

READ also: PREGNANT MUSIC: ADVANTAGES FOR MOTHER AND BABY (WHAT TO LISTEN)

In this stressful age, science sends a clear message: If you want your body and mind to be healthy, prioritize them with a rest period. Music is an easy way to take some pressure off.

Do you want strong and shiny hair? These are the vitamins and minerals to take in the fall ❯

add a comment of Weightless: LISTEN to the song that relieves stress and makes you relax