We will suffer from nutritional deficiencies due to CO2. The Harvard study 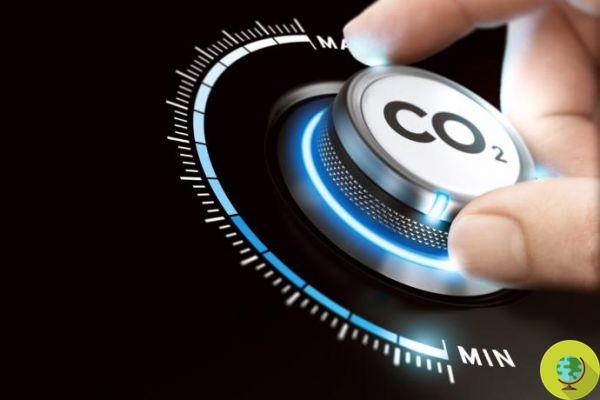 CO2 increases, nutrients decrease. These are the worrying forecasts of a research group from the Harvard Chan School (USA). Foods such as rice and wheat are in fact becoming "poorer" in conjunction with (and due to) the increase in carbon dioxide levels. And it's our fault alone

CO2 increases, nutrients decrease. These are the worrying forecasts of a research group from the Harvard Chan School (USA). Foods such as rice and wheat are in fact becoming "poorer" in conjunction with (and due to) the increase in carbon dioxide levels. And it's our fault alone.

The greenhouse gas, in fact, directly linked to human activities, is depleting our food, the basic one, such as rice and wheat. This could lead to 175 million people deficient in zinc and 122 million deficient in protein by 2050. In addition, more than 1 billion women and children could be at increased risk of anemia and other diseases due to iron deficiencies.

The study follows a precedent that had already signaled the danger that populations in 18 countries could lose more than 5% of their proteins by 2050 precisely because of carbon dioxide. However, the work had been done on fewer foods and countries.

In this new work, researchers have developed a more robust and accurate analysis of the global health burden resulting from nutrient changes related to CO2 emissions in crops in 151 countries.

To this end, they generated a unified set of hypotheses on all nutrients and used more age- and sex-specific food supply datasets to improve estimates of impacts on 225 different foods.

"Our research makes it clear that the decisions we make every day, how we heat our homes, what we eat, how we move, what we choose to buy, are making our food less nutritious and jeopardizing the health of other populations and the future of entire generations, ”thunders Sam Myers, lead author of the study.

The study then used these estimates, combined with those on the world population by 2050 and the data derived from the analysis of the effects of gas on wheat and rice crops, highlighting the worrying forecasts.

By the middle of this century, in particular, the concentration of gas in the atmosphere could reach a level that would make 1,9% of the global population (about 175 million people) deficient in zinc and 1,3%, (about 122 million people) deficient in protein. Additionally, 1,4 billion women of childbearing age and children under 5 who are currently at high risk of iron deficiency could have anintake of the element reduced by 4% or more.

We take into account that already currently more than 2 billion people around the world are deficient in one or more nutrients and that, in general, humans tend to receive most of the key ones from plants: 63% of dietary protein comes from plant sources, as well as 81% iron and 68% zinc.

Especially they, therefore, would see their conditions worsen due to poorer harvests. The gap with the "rich" world would increase and many world crises, which lead to wars with disastrous consequences, would only get worse.

In this regard, the study shows how India could have the greatest weight, with about 50 million zinc deficient people, 38 million protein deficient And 502 million women and children vulnerable to diseases associated with iron deficiency. But other countries in South Asia, Southeast Asia, Africa and the Middle East would also suffer a significant impact.

“This research shows a fundamental principle of planetary health - Myers explains - We cannot change most of the biophysical conditions to which we have adapted for millions of years without impacting our health and well-being ”.

A principle that seems almost obvious, but which still struggles to be understood.

The research was published in Nature Climate Change.

Do you suffer from insomnia? It could be the DNA, identified the responsible genes ❯

add a comment of We will suffer from nutritional deficiencies due to CO2. The Harvard study