Vitamin D: Supplements ineffective in the treatment of irritable bowel syndrome (although sufferers have a deficiency) 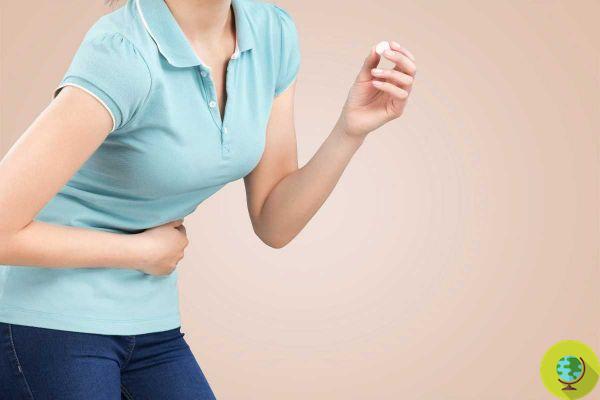 
A new search of the University of Sheffield reveals that the integration of vitamin D it does not improve irritable bowel symptoms.

The scientists who conducted the study noted a high prevalence of low vitamin D status in people with irritable bowel syndrome, who were nevertheless recommended to carry out control tests and take remedies to support general health.

The definitive study is the largest ever, and has provided evidence for vitamin D's ineffective effect on irritable bowel symptoms.

Irritable bowel syndrome: what it is

Also called irritable bowel syndrome colitis it is a chronic, and sometimes debilitating, condition that affects over 10% of the population.

It is a functional disorder of the intestine very common, characterized by a chronically relapsing disturbed bowel habit, causing symptoms such as stomach crampsswelling Diarrhea and constipation.

For some, symptoms come and go, but for others they can severely affect the quality of life, often causing embarrassment and affecting both the mental health and physical well-being of the person. (Read also: Colitis or irritable bowel syndrome: let's get to know it and deal with it better)

Scientists from the University's Department of Oncology and Metabolism - in collaboration with the health supplement company BetterYou - conducted trials on several participants suffering from chronic conditions of the digestive system, to assess whether vitamin D could reduce the severity of their symptoms and improve their quality of life.

The study results - published today (July 30, 2021) in the European Journal of Nutrition - found that despite an improvement in the participants' vitamin D status in response to a 12-week supplementation, no difference was noted with respect to the severity of irritable bowel symptoms nor a change in the quality of life of the participants.

The study, conducted in collaboration with the Sheffield Teaching Hospitals NHS Foundation Trust, also identified that although vitamin D supplements do not relieve symptoms, a vitamin D deficiency is widespread among irritable bowel sufferers; this vitamin deficiency could potentially cause an increase in risk of suffering from fractures and long-term osteoporosis. (Read also: Colitis: Diet and Recommended Foods)

The Sheffield research team was the first to suggest a possible link between people with irritable bowel syndrome and low vitamin D levels in 2012, and has been following the problem closely ever since. The published study is the largest and most definitive research existing to date which clearly shows how vitamin D supplementation does not relieve severe symptoms in patients suffering from irritable bowel.

Vitamin D: The best drink to drink for breakfast to avoid deficiency symptoms during the winter ❯

Counterorder! Vitamin D supplements are not effective for this disorder, which affects more than a third of women

Prozac and other drugs hidden in 50 supplements sold on Amazon and Ebay, the FDA alarmed

Magnesium: because it is essential for the immune system and essential in the fight against cancer

add a comment of Vitamin D: Supplements ineffective in the treatment of irritable bowel syndrome (although sufferers have a deficiency)