Vitamin D: how to get your daily dose with this simple trick suggested by the nutritionist 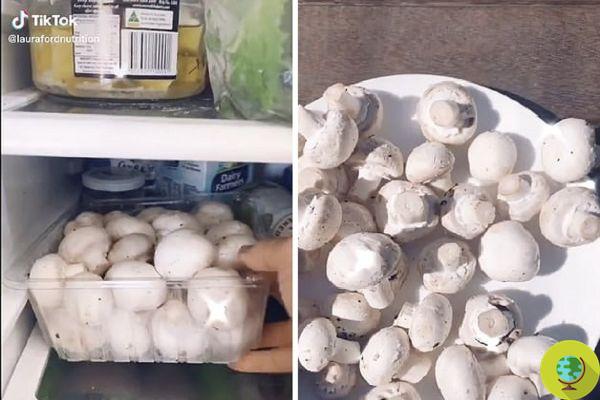 Vitamin D: how to get your daily dose with a simple trick suggested by the Melbourne nutritionist.

Laura Ford is the name of the nutritionist from Melbourne who unveiled a trick, which went viral on Tik Tok, to increase the daily dose of vitamin D. The trick consists in leave the mushrooms in the sun for about fifteen minutes. In fact, mushrooms contain a compound that converts sunlight into a usable form of D2.


The compound is ergosterol which, as Laura explained, is converted into vitamin D2 when exposed to ultraviolet radiation. And the great thing is that sun-exposed mushrooms maintain high levels of D2, the plant-based vitamin D, even when cooked and chopped.

The confirmation also comes from the Australian Mushrooms who stated that "through the action of sunlight, (mushrooms) convert their abundant ergosterol into ergocalciferol (vitamin D2)" and from a study entitled "Photobiology of vitamin D in mushrooms and its bioavailability in humans ", according to which" mushrooms exposed to sunlight or UV rays are an excellent source of vitamin D 2 in the diet because they contain high concentrations of the precursor of vitamin D, provitamin D2. "

In short, the information provided by the Melbourne nutritionist, which initially aroused some perplexity, seems to be true!

On the vitamin D could it be interesting for you:

Vitamin D: from the sun, well-being for bones and brain ❯

add a comment of Vitamin D: how to get your daily dose with this simple trick suggested by the nutritionist