Vitamin D: How Much Should We Take? 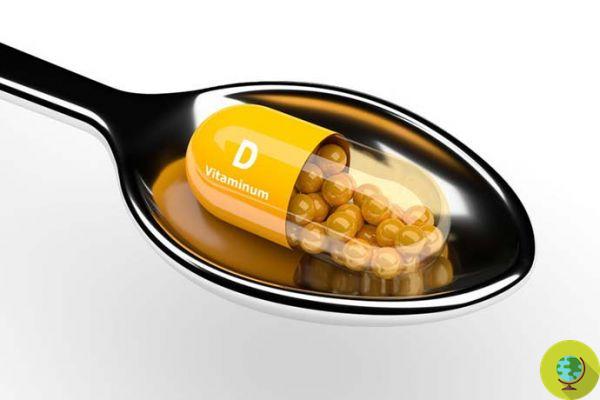 We know that vitamin D is a particularly important substance for the functions of our body that we are able to synthesize through exposure to the sun, we take with some foods or supplement in capsules. But what is the daily requirement to stay healthy?

We know that the vitamin D it is a particularly important substance for the functions of our organism that we can synthesize through exposure to the sun, we take with some foods or integrate in capsules. But what is the daily requirement to stay healthy?


A series of clinical studies have revealed that getting the right doses of vitamin D extends life. According to Dr. Michal Greger, a well-known American physician and author of several books on nutrition and well-being, there is a relationship between low levels of vitamin D in the body and increased mortality, but the ratio is the same even if there is an excess of this substance.

The problem is that we often don't know how much vitamin D actually circulates in the blood as the test to assess the presence of this substance in our body is not one that is routinely recommended. However, it is sometimes prescribed to elderly people, who are more at risk of deficiency, although we know that even children are increasingly exposed to the problem of not having the right levels of vitamin D in their blood (with all the risks that this entails).

Among other things, says Dr. Greger, the results of the analyzes relating to Vitamin D could vary, and even greatly, from one laboratory to another in the world (the same blood sample could fluctuate from less than 20 to over 100 nmol / L, i.e. nanomoles per liter).

But what is the safe and optimal dose of vitamin D that we should guarantee ourselves every day? First you need to understand how vitamin D levels are measured. Doses of this substance are generally expressed using International Units (IU) or micrograms.

Reference is made to the following equivalence:

mcg of cholecalciferol = 40 U

According to Dr. Greger, around 1000 IU per day should get most people to the level of 75 nmol / L (which is 30 ng / mL). The problem is that not all people are able to actually get all the necessary dose from the sun, food and vitamin D supplements and, in the opinion of the American doctor, to achieve that result in the States it would take a supplement of 2000 IU per day. A dose that he says is optimal but also safe in terms of toxicity.

Of course, the requirement varies according to the age and other specific conditions of the person. For example, if you are overweight you can often get to take up to 3000 IU while people over 70 who are not sufficiently exposed to the sun could take supplements up to 3.500 IU.

If you are interested in learning more about Dr. Greger's theories on vitamin D, watch the following video:

If you think it is necessary for you to take a vitamin D supplement, contact your doctor who will make the necessary assessments to understand if and in what doses you should take it.

On vitamin D you may also be interested in:

Vitamin D, let's not overdo it! Signs not to be underestimated that you have been taking too many supplements, for too long ❯

add a comment of Vitamin D: How Much Should We Take?