Vitamin D: everything you need to know about its effectiveness. The guidelines of endocrinologists 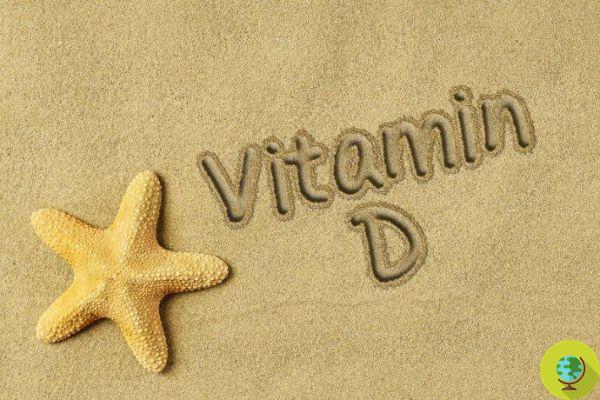 Guidelines for the correct use of vitamin D have been published by Endocrinologists Physicians. Is Vitamin D Really an Elixir of Life?

On the importance of vitamin D we lingered over and over again. Essential not only for the well-being of the bones, but also for the prevention of many diseases such as tumors, autonomic disorders or infections, vitamin D seems to be the panacea against all ills. But is it really? Does it really protect, for example, from diabetes and cancer?


This was asked by some experts from Ame, the Association of Endocrinologists, who have just published a consensus document on Nutrients for the correct approach to the treatment of Vitamin D deficiency, including the use of supplements.

What is certain is that vitamin D is only partially introduced with the diet, while the greater part is produced following exposure to the sun and, often, also by real prepared. That is, the doctor can choose a vitamin D preparation and administer it to avoid vitamin D deficiency in a patient.

But are they all the same and effective? In short, the Endocrinologists Association through its experts has tried to clarify these topics by publishing ad hoc guidelines.

In addition to its fundamental role in bone metabolism (in fact it helps the body to absorb calcium, one of the main constituents of our skeleton, and to prevent the onset of bone diseases, such as osteoporosis or rickets), vitamin D is also involved in other processes, such as the modulation of cell growth, neuromuscular and immune functions and the reduction of inflammation. Consequently, the vitamin deficiency D, in addition to bone disorders, a number of other diseases can also be linked, such as metabolic, cardiovascular, autoimmune conditions and cancers.

What needs to be clarified, endocrinologists say, are some points about the data on the efficacy of vitamin D:

What are the values ​​to consider?

These are values ​​which therefore provide that subjects with a value of less than 30 ng / dl can be declared suffering from vitamin D insufficiency. A limit that, experts say, should be re-evaluated because it is too high, especially in the absence of strong scientific evidence.

This is why they have defined themselves in the document reduced vitamin D values ​​when they are clearly below 20 ng / dl.

“Apparently this difference seems trivial, but a good part of the subjects declared“ Vitamin D deficient fall precisely in this range that goes between 20 and 30 ng / dl. On the contrary, osteoporotic subjects or patients who are already taking drugs for the treatment of osteoporosis or other categories of subjects significantly more at risk of vitamin D deficiency, it is correct, in our opinion, that they have Vitamin D values ​​higher than the limit of 30 ng / dl and therefore must be treated ”, explains Roberto Cesareo, endocrinologist, SM Goretti Hospital, Latina and first signatory of the work.

How to prevent vitamin D deficiency?

The prevention of hypovitaminosis D involves a correct lifestyle, adequate exposure to sunlight and a balanced diet. Remember, however, that with old age the efficiency of skin biosynthetic mechanisms tends to decrease and therefore it is more difficult for the elderly to produce adequate amounts of vitamin D only with sunlight. So, endocrinologists say, it would help integrate vitamin D in patients with osteomalacia or osteoporosis, but also in the elderly and in subjects who cannot adequately expose themselves to the sun.

There is Vitamin D and Vitamin D

This especially with regard to supplements. Not all vitamin D molecules are the same. The inactive form, the most common one, is the cholecalciferol, usually prescribed in the form of drops or vials to be taken either daily or in a mono-weekly or longer-term (monthly or even bimonthly) intake, it is subsequently activated first in the liver and then in the kidney and, as such, carries out its finalized effects in particular to a correct absorption of calcium in the intestine and to a control of the phospho-calcium metabolism in the bone.

“But there are other molecules that are already partially or fully active. Among them, calcifediol deserves attention, which does not need to be activated at the level of the liver and due to its molecular characteristics less 'liposoluble', that is, it remains less in the adipose tissue than the previous molecule mentioned, cholecalciferol. Both of these molecules do not cause problems, in particular alteration of calcium levels in the blood and / or urine, if prescribed appropriately and in the correct doses. Due to its kinetics of action and its conformation, calcifediol can be used more, for what has been said, in patients who have liver diseases of some importance and also in obese and vitamin D deficient subjects or in those who are affected. from intestinal malabsorption problems. On the other hand, cholecalciferol finds its main indication in subjects suffering from osteoporosis and / or who simultaneously take drugs for the treatment of this pathology ”, continues Cesareo.

"Finally - concludes the expert - the completely active metabolites that do not require hepatic or renal activation find a much more limited field of use, in particular in subjects suffering from renal insufficiency or deficient in parathyroid hormone, a clinical picture that it is usually found in the subject operated on for thyroid and parathyroid glands. Their reduced use in patients with vitamin D deficiency is dictated by the fact that, compared to the two molecules described above, they expose the patient to a greater risk of hypercalcemia and increased levels of calcium in the urine ".

So, is vitamin D an elixir of life or not?

Endocrinologists are cautious. Although many data associate vitamin D deficiency with other diseases other than osteomalacia or osteoporosis (such as diabetes mellitus, some types of neurological syndromes and cancers), it is not known what are the correct doses of vitamin D useful for reducing the incidence of these related diseases.

"Passing on the message that vitamin D is the elixir of life, as well as incorrect as it lacks strong scientific evidence, risks being subject to incongruous over-prescription and with the risk of taking this molecule without real benefits".

In short, there is still a lot to learn and evaluate about the beloved and controversial vitamin D. What remains incontrovertible is that it is still a cure-all and that, between the right diet and regular and correct exposure to the sun, we must try to never miss it. Read our tips on how to stock up on vitamin D here.

Vitamin D: A deficiency in women doubles the risk of multiple sclerosis ❯

add a comment of Vitamin D: everything you need to know about its effectiveness. The guidelines of endocrinologists