Vitamin D: A deficiency in women doubles the risk of multiple sclerosis 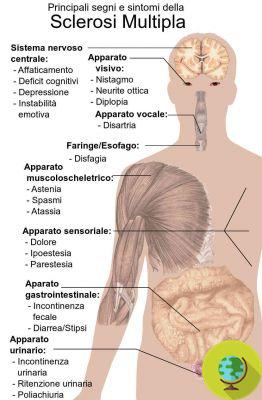 Vitamin D, a fundamental substance for our body which, however, for various reasons, we are often lacking. New research highlights the risks for women: a vitamin D deficiency increases the likelihood of getting multiple sclerosis.

Vitamin D, a fundamental substance for our body which, however, for various reasons, we are often lacking. New research highlights the risks for women: A vitamin D deficiency increases the likelihood of getting sick Multiple sclerosis.


According to the study, led by a team from Harvard TH Chan School of Public Health in Boston and published in the journal Neurology, the consequences of a vitamin D deficiency for women could be very serious indeed. In fact, low levels of this substance have been associated with an almost 50% greater chance of developing multiple sclerosis, a neurodegenerative disease.

To achieve this, American researchers examined blood samples from over 3200 women, who are already two to three times more likely to be diagnosed with multiple sclerosis than men. Analyzing some parameters it was noted that people deficient in vitamin D were 43% more likely to get sick over the next 9 years than those who had adequate levels. On the other hand, the risk was 27% higher for women with deficiency than for those with just insufficient levels.

The results could help explain why there are higher rates of Multiple Sclerosis among people living in the Nordic countries (the research sampled Finnish women) who are less exposed to sunlight (remember that the sun is essential to help the body to produce the necessary vitamin D).

It is believed that the so-called "sunshine vitamin", which is also found in some foods such as eggs, milk, meat and fish, can help suppress the immune cells that attack the body causing the disease, infamous for its aggressiveness and which in many cases leads to the need to use a wheelchair.

While more studies are needed, to be carried out on people from a wider range of groups and regions, Kassandra Munger, lead author of the study said:

"Our study, which involves a large number of women, suggests that correcting vitamin D deficiency in young and middle-aged women may reduce future risk of MS."

According to experts, therefore, all women should discuss with their doctor the possibility of taking a supplement, especially if you work indoors, during pregnancy or in old age. Vitamin D, among other things, is not only important to avoid the appearance of this disease but in the course of each individual's life it offers multiple health benefits.

add a comment of Vitamin D: A deficiency in women doubles the risk of multiple sclerosis