Vitamin C: The study (from the past) challenging the World Health Organization on the recommended amount 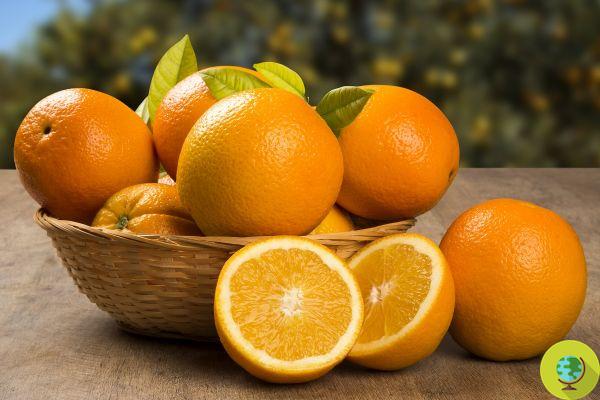 An old study conducted by the British army in the 40s disproves the doses of vitamin C recommended by the World Health Organization.


Vitamin C is an important element that allows our body to heal wounds, since the creation of scar tissue depends on the protein called collagen which in turn depends on vitamin C; moreover, collagen maintains the integrity of the blood vessel walls, thus protecting against heart attack and stroke.

During the period of Second World War, when food resources were scarce and the government was committed to financing war activities and aid to the population at the same time, some experiments with rather questionable ethics were conducted to understand what was the minimum requirement of vitamin C for the organism human, before serious pathologies caused by its deficiency took over.

A controversial experiment conducted in this regard by Sorby Research Institute (Sheffield) and nicknamed "Shipwreck" tested the health of some volunteers who were fed only with the nations supplied to the Navy, to more correctly modulate the food and water on board. The experiment, conducted in the 40s (which would have consequences and echoes for decades to come), involved 20 volunteers who were deprived of their vitamin C intake for a long time, putting their lives at serious risk - such a study. risky would not be admitted by modern science.

Due to the war and limited food resources there was not enough vitamin C available, it is the aim of scientists to understand what the minimum amount of this element was for survival (not the optimal amount for good health). The experiment in fact provided for a daily intake of vitamin C ranging from 0 to 70 mg (alternating periods of deficiency with periods of sufficiency) for an average duration of 9 months - during which the researchers also cause injuries on the body of the participants for analyze the healing and clotting time of the blood (scurvy symptoms).

At the end of the experiment, the researchers concluded that 10 mg of vitamin C per day was sufficient to ward off the symptoms of scurvy. Partly based also on these data, the World Health Organization today recommends a daily dose of 45 mg of vitamin C. However, a new study shows that this amount is still too low to achieve a good response to wounds and scars.

Today, unlike in the past, the data collected at the time have been probed with statistical techniques that did not exist in the 40s and which have allowed us to reach new conclusions. The data reveals that 95 mg of vitamin C per day is required for good healing capacity - more than double that recommended by the World Health Organization.

Vitamin C: Why you should double your daily dose and what foods help you do it ❯

add a comment of Vitamin C: The study (from the past) challenging the World Health Organization on the recommended amount