Vitamin B12: If you have these intestinal symptoms and trouble going to the bathroom you may be deficient 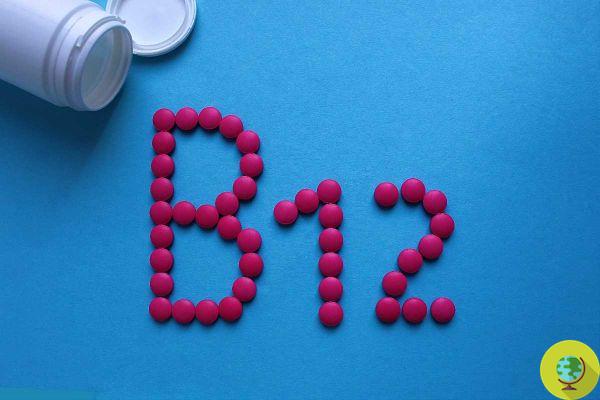 Find out why a vitamin B12 deficiency could negatively affect bowel regularity and cause pernicious anemia.

Find out why a vitamin B12 deficiency could negatively affect bowel regularity and cause pernicious anemia.


La Vitamin B12 is a nutrient that helps keep nerves and blood cells healthy, and helps create DNA, the genetic material in all cells. In addition, it also helps prevent one type of anemia known to cause a sense of general tiredness and weakness.

According to a search, a lack of it could also cause negative effects on the intestine; in fact, according to the National Heart, Lung and Blood Institute of the United States, the constipation it can be a sign of vitamin B12 deficiency.

La digestive health is based on the healthy function of the stomach, small and large intestine, colon and rectum and these tissues depend on B vitamins.

What happens in case of vitamin B12 deficiency

As the CentroMedicoEffe a vitamin B12 deficiency is linked to intestinal and gastric problems, such as Crohn's disease, colitis and celiac disease; Furthermore, having B12 insufficiency can cause problems with the entire digestive system, such as the syndrome ofirritable bowel.

But that's not all, as it has been shown that being deficient in B vitamins can cause various diseases, including serious ones:

Who can have a B12 deficiency

As reported byGeneral Pediatric Bambino Gesù follow one Vegetarian diet or vegan, it can cause a lack of vitamin B12. In pregnant women, vitamin B12 deficiency can also be transmitted to the fetus and breastfed infant in the first months of life.

In addition, they are found low levels of vitamin B12 in:

Consequences of a B12 deficiency

A lack of vitamin B12 interferes with the body's ability to produce red blood cells and have insufficient red blood cells, it can cause anemia which, as we age, can progressively get worse.

It is pernicious anemia which occurs when an autoimmune response causes a lack of intrinsic factor. The latter is a protein produced in the stomach, which helps the body to absorb vitamin B12.

When the immune system attacks the parietal cells, which line the stomach, intrinsic factor can no longer be produced. Without intrinsic factor, the body cannot move vitamin B12 through the small intestine, where it would be absorbed. (Read also: Vitamin B12: If you have these foot symptoms you may be deficient)

What foods is it found in?

B12 is found naturally in a wide variety of animal food, while plant foods lack it unless they are fortified; among the vegan proposals with vitamin B12 we point out the soy.

To get the recommended amounts of vitamin B12 we recommend the following foods:

Vitamin B12: if your tongue has this shape it could be a sign of a deficiency ❯

add a comment of Vitamin B12: If you have these intestinal symptoms and trouble going to the bathroom you may be deficient