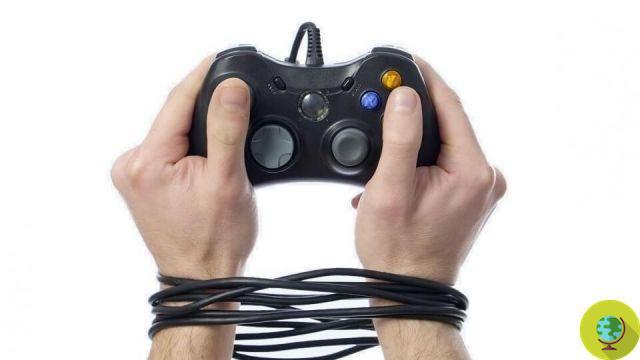 As we had already anticipated, therefore, the so-called "gaming disorder" is fully part of the chapter on mental pathologies.

Gambling addiction is officially a mental illness. WHO has included video game addiction in the updated classification of diseases, elevating it to a real mental health disorder.


As we had already anticipated, therefore, the so-called "gaming disorder" is fully part of the chapter on mental pathologies of the International Classification of Diseases (ICD), the official list of diseases whose update has just been published.

"A series of persistent or recurrent behaviors that take precedence over the other interests of life".

Among other features of the condition, Vladimir Poznyak of the WHO mental health department explains during a press conference, is

"The fact that even when the negative consequences of behaviors occur, it is not possible to control them" and "that they lead to problems in personal, family and social life, with even physical impacts, from sleep disorders to eating problems".

Inclusion on the list, experts from the World Health Organization explained, should help doctors make a diagnosis more easily. “We have decided to include this new pathology on the basis of the latest developments in knowledge on the subject”, concludes Poznyak.

What is gaming disorder

Gaming disorder, or the mental disorder caused by video game addiction is defined in the draft of the eleventh revision of the International Classification of Diseases (ICD-11) as a pattern of gaming behavior (“digital game” or “video game”) characterized by compromised control over the game, an increasing priority given to gambling, the precedence of the game over other interests and daily activities, despite the onset of negative consequences.

For gambling disorder to be diagnosed, the pattern of behavior must be severe enough to lead to significant impairment in the personal, family, social, educational, occupational, or other important areas of functioning and should be evident for at least 12 months.