Vertigo and dizziness are symptoms that can be linked to different causes that are not always easy to identify except with the help of a doctor. Some natural remedies are effective as long as you understand what is causing the problem. So let's find out the symptoms, the most frequent causes and what to do in case of dizziness.

Vertigo e dizziness they are symptoms that can be linked to different ones causes not always easy to identify except with the help of a doctor. Some natural remedies they are effective as long as you understand what is causing the problem. So let's find out the symptoms, the most frequent causes and what to do in case of dizziness.

It happens to everyone sooner or later to have to deal with vertigo which in itself is nothing to worry about. But when the sensation is no longer something sporadic but becomes recurrent you need to seek medical attention to understand the triggering cause and therefore be able to identify the best way to treat the problem but above all act on what caused it.

Dizziness, impression that the environment around him rotates, difficulty standing and maintaining balance but also feeling of fainting and the vision a bit 'blurred, are the typical symptoms of those suffering from vertigo. However, the problem can also appear when you are lying down or sitting and be associated with stomach disorders such as nausea, vomiting and other symptoms including cold sweat, rapid heartbeat, hearing loss and headache.

I main and most classic symptoms of vertigo they are therefore:

• Impression that the environment is spinning

However, others often appear side symptoms as:

The causes of vertigo can be many and not always easy to identify. This disturbance may be due for example to ear infections or diseases (such as labyrinthitis or Ménière's syndrome) but also be attributable to circulation problems, heart problems (dizziness can appear before a heart attack), to a simple low blood pressure, hypoglycemia situation to a heat stroke.

Dizziness can also appear when suffering from anxiety and panic attacks, in this case it is therefore a problem derived from a nervous system not quite in shape. Also neck problems or stiff neck they can give that feeling of disorientation and dizziness typical of vertigo. 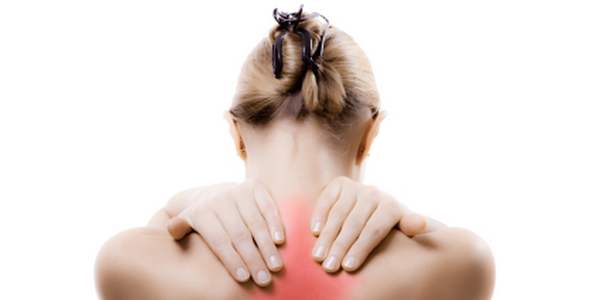 Other possible causes of dizziness are: migraine, taking certain types of medications, stress, allergic reactions, iron deficiency and serious illnesses such as multiple sclerosis or cancer, but these are statistically minority cases.

It will be the doctor's responsibility to evaluate which of the following causes is due to the presence of dizziness:

More rarely, dizziness is due to:

Then there are gods risk factors which are familiarity with the problem, old age and having suffered from attacks in the past.

Dizziness, what to do when they suddenly appear

During a bout of dizziness, one always helpful tip is to lie down in a room with little light and as quiet as possible, in this way the feeling of dizziness is attenuated and nausea, if present, subsides. To prevent the recurrence of the problem, it is good to avoid sudden movements and changes of position (for example, you should calmly get out of bed, positioning yourself first on your side).

Other useful tips are those of get enough rest, avoid exposing yourself to strong lights (including television) and ask for help with walking if you are not yet completely stable.

After a strong attack of dizziness, before resuming normal activities (for example driving but also working) it is good to make sure that the problem has passed to avoid putting your own safety at risk (a fall or even worse a car accident can be very dangerous).

The most effective remedies for dizziness must be calibrated according to the problem that triggered them. If you know that your problem is cervical in origin you can experience the best natural remedies for inflammation of these vertebrae. On the other hand, and this is the majority of cases, the problem originates in the ear it is strictly necessary consult a doctor to understand how best to act. In case of labyrinthitis, antibiotics are often recommended.

They are much more treatable with natural remedies dizziness due to anxiety and stress. In this case, particularly suitable medicinal plants are lemon balm and lavender, in the form of herbal teas or essential oils to be spread in the environment. Meditation and yoga are also very useful.

Another often recommended natural remedy for dizziness is the periwinkle and improves cerebral circulation and functions of the central nervous system. It is also used for headaches and tinnitus. Ask your herbalist for advice on the best dosage for your situation.

Generic remedies against vertigo can also be ginger and ginko bilboa (consult your doctor before using them, however).

To learn more about the various natural remedies for dizziness due to different causes read these articles:

Some body techniques such as foot reflexology, kinesiology, postural exercises or other. 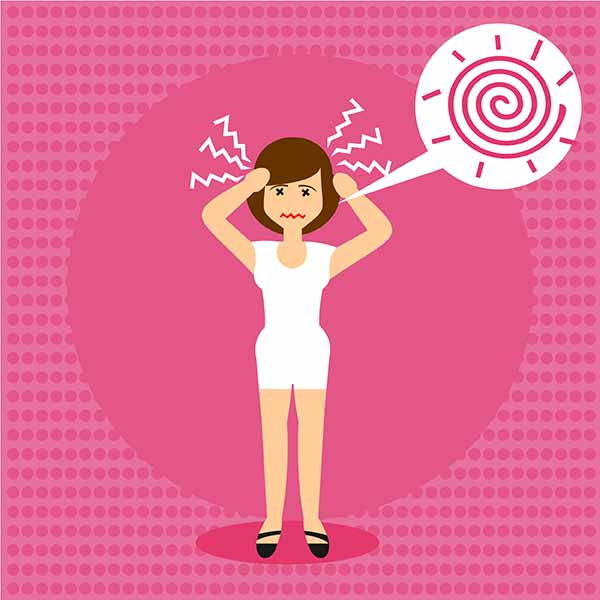 In some cases it is possible prevent the appearance of dizziness simply by following some good habits. Between these:

• stop smoking and drinking alcohol
• eat healthily without skipping meals
• limit the use of substances such as salt and caffeine
• relieve stress perhaps practicing yoga and meditation
• avoid to do movements too abrupt or get out of bed quickly
• do it periodically medical checks paying particular attention to ear health, cardiovascular health and posture.

When to call your doctor or go to the emergency room

There are cases in which it is good not to underestimate dizziness by immediately consulting your doctor or going to the emergency room. If for example the dizziness is persistent, very violent and recurrent or if the triggering cause has not been identified, or if the problem appears associated with other symptoms such as high fever, neck stiffness, difficulty walking or talking, chest pain and seizures. In all these situations it is good to consult an expert to avoid the risk of serious consequences for health.

add a comment of Vertigo: Symptoms, Causes and Natural Remedies