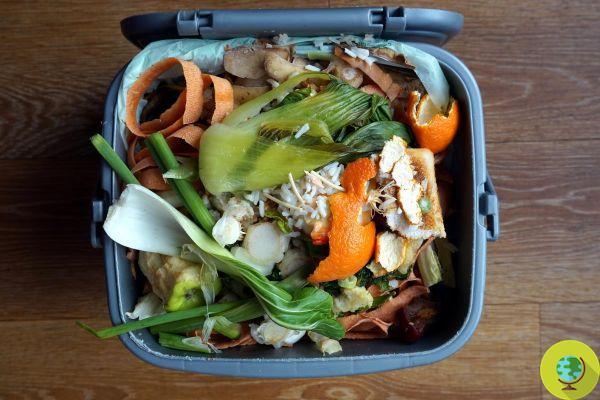 Vermont goes beyond “mere” differentiated stories. With an innovative new law worldwide, food waste in this American state will be completely banned and food will be destined for people in need and for composting. Nobody will have to throw it in the unsorted and waste it anymore.


The US state of Vermont wants to halve the amount of garbage that ends up in landfills and to do so recently adopted a law banning the disposal of food in the trash.

The new law called Food Waste Ban therefore prohibits the disposal of compostable food waste such as egg shells, coffee grounds, old bread and fruit peels. While difficult to enforce, Vermont is the first state to enact such a law, seen as an opportunity to spread awareness among citizens.

From waste to food that is still in good condition, nothing will have to end up in the bin of unsorted waste. Food leftovers include pre- and post-consumer food waste derived from food processing or elimination and may have two options: those that are leftover and not consumed may be given to people in need, the others may be intended for animals, al composting or anaerobic digestion.

One of the objectives of the law is to cut 50% of all waste that ends up in landfills, instead diverting them to facilities where they can be reused, recycled or composted. And food waste must drive this change.

Every five years, Vermont state officials survey what is being thrown away. The most recent survey found that around 20% of household waste is made up of food waste that could be turned into fertilizer for fields and farms.

In addition to missing the opportunity for high-quality compost, food waste that ends up in state landfills produces methane during the decomposition process, one of the most potent greenhouse gases.

Intensive farming causes methane emissions to skyrocket, towards a 4 ° C rise in temperatures!

“Keeping food scraps out of litter saves landfill space and reduces greenhouse gas emissions. Reducing food waste saves resources. The donation of food has almost tripled since the law was passed ”ie from 1 July, the official statement of the state of Vermont reads.

For their part, residents are simply asked to separate food scraps or scraps and dispose of them in special buckets installed along the sidewalks or in compost bins placed in the courtyards. But not only. The population can contact specific structures to which they can donate food but also transporters who can take care of it.

The ban is therefore a plan to take advantage of the already widespread act of private composting, to push investments in private and public composting infrastructures.

A system that, if followed by citizens, could allow at least halving the waste destined for landfills.

Food waste: from MIT the mini sensor to detect the deterioration of fruit and vegetables

The real Tree of Life is in Japan (not at Expo) ❯